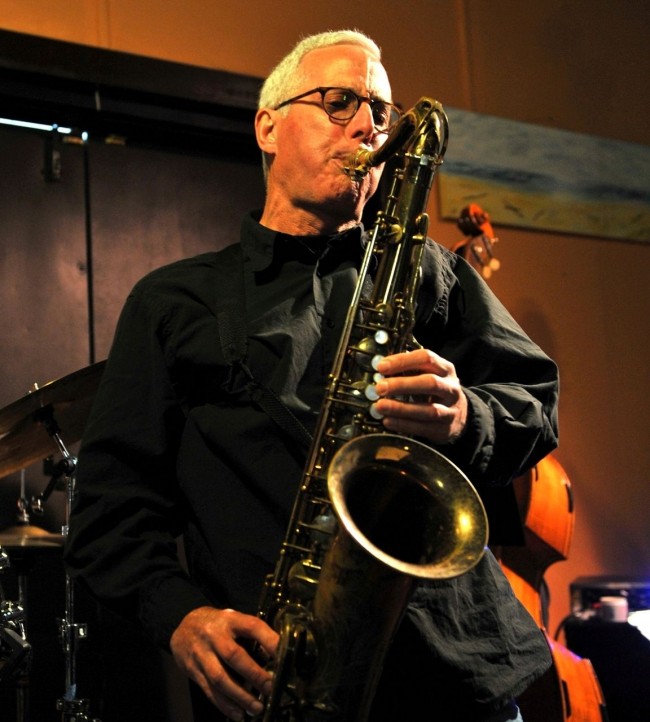 Saxophonist Rich Halley leads his 5 on 'The Outlier.' (Photo : courtesy of the artist)

The Outlier (Pine Eagle Records) by The Rich Halley 5 has the saxophonist/composer leading a talented quintet with multi-reed player Vinny Golia, trombonist Michael Vlatkovich, bassist Clyde Reed and drummer Carson Halley on an album of originals and extemporaneous studio improvisations. The addition of Golia sounds especially satisfying as his twin axes of bari sax and bass clarinet add color, dynamics and a sophistication to an already well-oiled unit, formerly known as The Rich Halley 4.

Leader Halley, 19 albums strong, is a disciple of Sonny Rollins (what sax man isn't?). On The Outlier, he sounds positively revitalized, rejuvenated and bursting with ideas. Such previous promising efforts like Eleven, Creating Structure, The Wisdom of Rocks, Crossing the Passes, Back from Beyond and Requiem for a Pit Viper have, obviously, all led up to this one. (Might be time to go back and re-dig some of his others.)

His tone is superb. It's like he's singing through his sax. Not a note-waster, his solos are constructed beautifully, with a mounting sense of drama and elan. Had Halley, 69, been a New Yorker, instead of from Oregon, he'd be a household name by now. As it is, he must own the Pacific Northwest. Graduating from the University of New Mexico as a biologist, he's an expert on rattlesnakes.

There was a period between '68 and '75 when he explored the Western United States, Mexico on down to Central America, climbing mountains, burrowing deep into caves and camping in dense jungle. I swear he brings some of the sounds of such to his playing, from the rattle of snakes to when he lets loose with a few upper-register trills reminiscent of Tarzan's simian friends swinging on vines.

It's when he juxtaposes his inner animal to his sweet sense of balladry -- not to mention his totally dynamic idiosyncratic post-swing post-bop sense of almost cinematic arrangement -- that we get his essence: A renaissance man of insatiable appetite and lust for the perfect note. Consider me a fan.