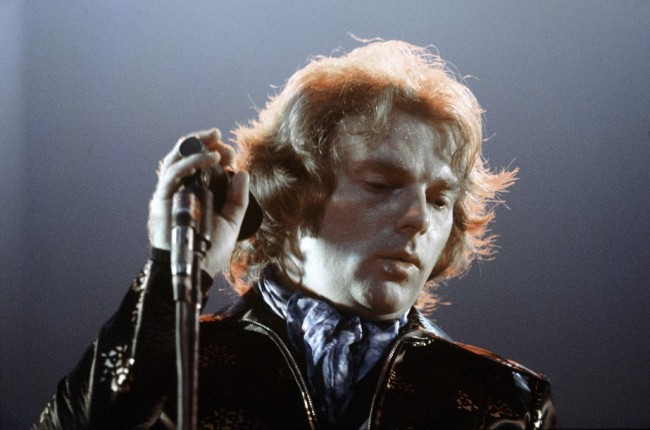 This is the live Van Morrison motherlode we've been expecting ever since Van The Obstinate Man finally signed a deal that would let his voluminous catalog be properly archived by Legacy over the next few years. The complete title of this great four-CD boxed set is It's Too Late To Stop Now...: Volumes II, III, IV & DVD. The news here is that this is ALL previously unreleased, culled from his 1973 tour with the 11-piece Caledonia Soul Orchestra. Not one track from the similarly-named original '73 live album is repeated.

The three CDs are from Los Angeles, Santa Monica, CA, and London. The DVD is from a British Broadcasting Corporation special that aired live in England but is now beautifully restored for American home release. Longtime Morrison fan(atic)s like myself have known about this tour for years, one of rock history's best, right up there with Joe Cocker's 1970 Mad Dogs & Englishmen.

Material runs rampant from his early punk Them days through his two blockbuster pioneering world-changing Astral Weeks and Moondance albums to mighty damn fine covers of blues (Willie Dixon's "I Just Want to Make Love to You" and Sonny Boy Williamson's "Take Your Hand Out of My Pocket), country (Hank Williams' "Hey Good Lookin'") and soul (Sam Cooke's "Bring It On Home To Me," the 1962 Lenny Welch hit "Since I Fell for You" and Ray Charles' "I Believe to My Soul" ).

Long considered the most notorious bandleader in all of rock'n'roll (the stories have turned into legend about how he'd fire you if he didn't like the color of your socks), it's fascinating to hear this stop-on-a-dime band (complete with horns and string quartet) flesh out arrangements on such beloved Van fare as "Come Running," "Brown Eyed Girl," "Caravan," "Wild Night," "Gloria," "Here Comes the Night," "Into the Mystic" and "Domino." It matters not if you already own the studio versions of such, Van + band in-concert on this tour extended these songs to make them wiggle and move with dramatic theatricality. You can almost sense the fear in the musicians to not make a mistake. And they don't. It's captivating.