Ready to 'Traverse This Universe' with Miss Sophie Lee from New Orleans? [REVIEW] 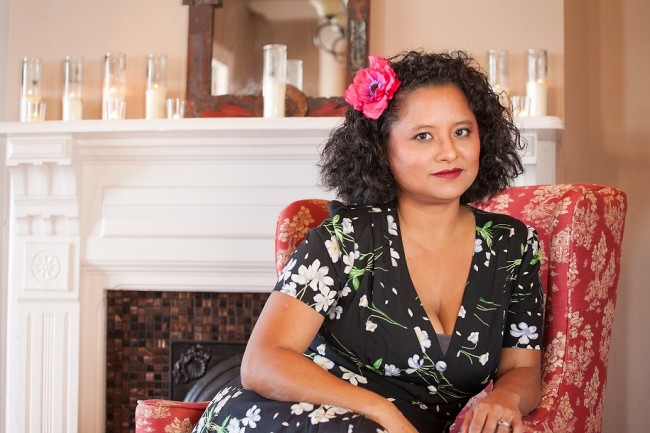 She came to New Orleans from Chicago 15 years ago and now owns two restaurants and holds court at a third every Thursday at The Spotted Cat on Frenchman Street. Miss Sophie Lee's Traverse This Universe (KingMoon Recordings), her fourth, is a worthy follow-up to her 2013 Love Street Lullaby. She sings in a slightly lilting yet totally swinging sophistication, making each song into a one-act play.

Six of 'em are hers. She knows no genre boundaries as reggae, jazz, pop, Hawaiian, cabaret, salsa, Dixieland and swing all get hinted at by 25 Crescent City musicians. Her stand-out has to be "A Safe Place" wherein she writes in sadness and regret after yet another murder in the infamous Lower Ninth Ward of a working father of three.

Whether it's Aurora Nealand's swirling clarinet that flies up, over, around and below her vocals on the upbeat optimistic opener "You And Me (The Universe)" or the electric guitar and tape loops of "The Way That Love Can Be," Miss Sophie Lee -- the daughter of a Southern Black man and a Korean woman --knows and understands the importance of a welcome musical diversity. Check out her cover of a cover: an El Supremo version of "That's When Your Heartaches Begin," the 1941 hit by The Ink Spots, indelibly interpreted by Elvis Presley in 1957.

Fats Waller [1904-1943] wrote the music for "Ain't Misbehavin'" as part of a Broadway musical called "Hot Chocolates" in 1929. Duke Ellington [1899-1974] co-wrote "It Don't Mean A Thing (If It Ain't Got That Swing"" in 1954. Lee was dragged kicking and screaming to the altar of these songs mainly because they've been recorded hundreds of times. I bet she's glad she did, though, because somehow someway she has made both of these overcooked chestnuts sound new and fresh yet again. That, right there, is the mark of a great singer.