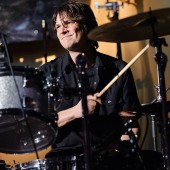 Glenn Kotche, alt-rock drummer for Wilco and contemporary classical artist, will perform his collaboration with composer John Luther Adams in St. Louis this week. The pair's ambient symphony, 'Ilimaq,' originally premiered at the University of Texas at Austin. 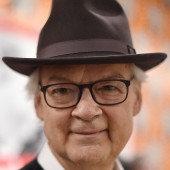 Drone music composer and structural filmmaker, Tony Conrad, died on Saturday at age 76. The artist was best known in music circles for his minimalist violin work on 'Outside the Dream Syndicate,' his acclaimed 1973 album with German krautrock band, Faust. 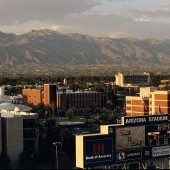 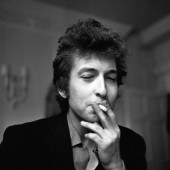 NorShor Theatre, historic entertainment venue of Bob Dylan's birthplace, Duluth, Minnesota, is due to receive major renovations. The city of Duluth plans to relaunch the vaudeville-era auditorium exclusively as a community theater and performing arts center. 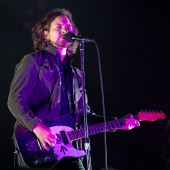 "Last Kiss," a teen death ballad from the early 1960s, had attained unlikely longevity by the end of the 20th century. A dud on initial release, the ditty was picked up by various pop groups before its serendipitous revival by '90s rock legends Pearl Jam. 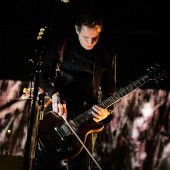 Sigur Rós Launch Intimate Theater Tour of the US This Fall >>

Ethereal Icelandic melodists Sigur Rós will head out on an intimate theater tour of the U.S. this fall. The band of post-rock tastemakers will be hitting smaller venues in the States for the first time in a decade, testing out brand new material for their dedicated fans.

Japanese Composer Otomo Yoshihide Brings the Noise Stateside This May >>

'Billy Blythe,' Opera Based on Life of Bill Clinton, Opens This Weekend >>

Opera Ithaca's production of 'Billy Blythe' hosts its world premiere this weekend. The opera, based on the early life of President Bill Clinton, will present four showings at Ithaca's Kitchen Theatre. 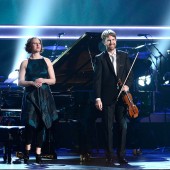 Grammy Award winners eighth blackbird are back at it again with new album, 'Hand Eye.' Their collaboration with the composers collective of Sleeping Giant, the suite was toured by the group throughout the past year. 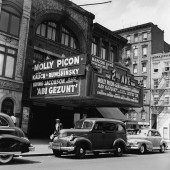 A new exhibition at the Museum of the City of New York showcases the city's vibrant Yiddish theater community at the turn of the 20th century. The display examines the culture's close-knit entertainment structure and eventual ingression into Broadway. 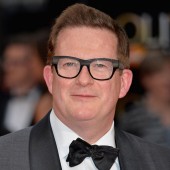 Matthew Bourne Revives Fairytale 'The Red Shoes' for His Next Ballet >>

Esteemed British choreographer Matthew Bourne has selected 'The Red Shoes' as his next ballet production. A brave choice, the Hans Christian Andersen fairytale was previously adapted as an ill-fated 1993 Broadway show. 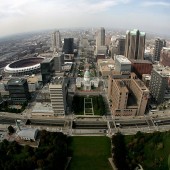 The Opera Theatre of St. Louis has received a major grant from the Opera America organization to continue its mission of involving the local community in the arts. 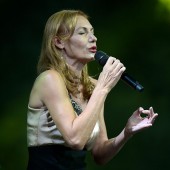 Ute Lemper delivers a doubleheader of original performances this spring. The singers’s new project, 'Last Musik: Songs for Eternity,' debuts at New York’s Center for Jewish History and her collaboration with author Paulo Coelho, 'The 9 Secrets,' shows at Symphony Space. 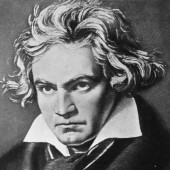 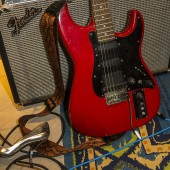 Throughout history and in today’s artistic practice, forward-thinking musicians have created compositions based in disquietude and sonance as opposed to rhythm and harmony. Noise music is a reaction to commonplace perceptions of the form and a deeply expressive apparatus within outsider art.