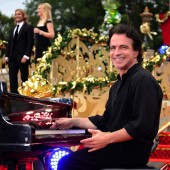 Yanni Talks 'Sensuous Chill' and What Went Into His New Music >>

A 40-time platinum selling recording artist and iconic one name performer Yanni is not slowing down any time soon. Appearing in headlines across the globe even after such a long career, the music maker plans on releasing a new album Sensuous Chill on January 29 and is speaking out about the name of the release and its contents to Scott Simon on his segment. 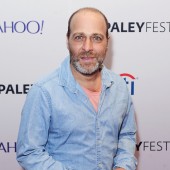 Last year, H. Jon Benjamin recorded, produced and released a jazz album entitled 'Well I Should Have...' to much surprise. It was clear this album was going to be a crude joke, but just how far would it go was a question. The answer was: very. Taking a moment to talk to NPR's All Things Considered, Benjamin talks about what it is to be an un-talented virtuoso. 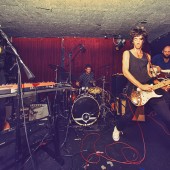 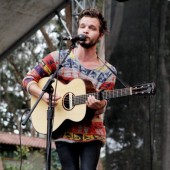 The gravelly-voiced Swedish crooner, Kristian Matsson, dubbed The Tallest Man on Earth, has released his latest single via the NPR wire. His surprisingly upbeat "Sagres" departs from his folk roots and brings in other nuances uncommon for a Tallest Man LP. 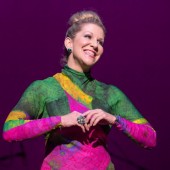 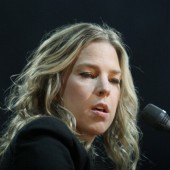 Diana Krall is notorious for her almost-androgynous croon that spills into her songs and interpretations. Coming out Feb. 3, Krall and producer David Foster preserve a certain "soft-rock spirit" but also do much to echo the past without forcing it into the present on Krall's forthcoming LP, 'Wallflower.' 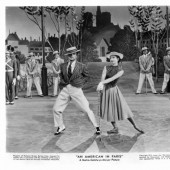 'An American In Paris' is a Hit in France, Comes to Broadway in the Spring >>

“An American in Paris,” the first ever stage production of the 1951 Hollywood film starring Gene Kelly, has Parisians saying “Oh-la-la.” 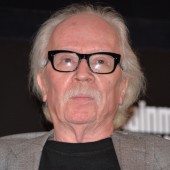 The king of all things horror, John Carpenter, will be releasing his first album "Lost Themes" via Sacred Bones Records. Carpenter also revealed that he will release a digital edition featuring exclusive remixes by Zola Jesus and Dean Hurley, Blanck Mass, Bill Kouligas, Silent Servant, ohGr (Skinny Puppy) and J.G. Thirlwell. Additionally, Carpenter will be making a rare New York appearance at the Brooklyn Academy of Music Feb. 5 to celebrate the release of his debut album. He will be joined by Brooke Gladstone, host of NPR’s "On the Media," for a wide-ranging discussion about his legendary film career and his musical endeavors. Boasting “one of the most consistent and coherent bodies of work in modern cinema” (Kent Jones, "Film Comment"), Carpenter injects B-movie genres — horror, sci-fi, action — with the bravura stylistic technique of classical Hollywood giants like Howard Hawks, John Ford and Alfred Hitchcock and composes the scores for nearly all his films. "Lost Themes" features music that could easily compliment any of his well-known thrillers. In conjunction with his BAM appearance, the academy will be presenting a monthlong retrospective titled “John Carpenter: Master of Fear.” The film series includes Carpenter's best-known films such as "Halloween," "The Thing," "Escape from New York" and "Starman" as well as lesser-known gems like "Assault on Precinct 13" and "They Live." 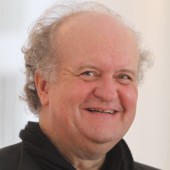 For Wolfgang Rihm, his follow-up composition "IN-SCHRIFT 2" has garnered a lot of attention and acclaim. Thus, for his astounding work, Rihm has been given the 2015 University of Louisville Grawemeyer Award for Music Composition. Hats off to Rihm as his 15-minute score for orchestra has taken the award for its exploration of musical space. The music was originally composed to celebrate the 50th anniversary of the Berlin Philharmonic's concert hall, the Philharmonie. And per NPR endorsed-WFPL, "IN-SCRIFT 2" "explores [the Philharmonie's] unique space, by placing musicians from the orchestra around and within the audience, creating spatial and surround-sound effects." It continued: "The work is also noted for not using flutes, violins or violas (standard orchestral instruments), instead focusing on the darker and deeper sounds of the ensemble." 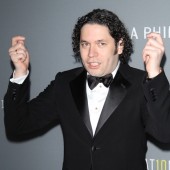 A most resounding political figure, Simon Bolivar was paid tribute in the U.S. this weekend via the new movie about his life in "The Liberator." And the film premieres the first ever scoring efforts of none other than the famous conductor Gustavo Dudamel. 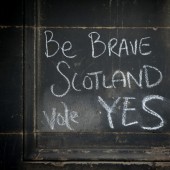 Rejecting Independence, Is Scottish Classical Under The Rule Of The British Crown? >>

It's been decided on Scotland's own turf that they will remain a part of the United Kingdom. A monumental occasion, sure, but let's take a look at some old Scot classical artists, including Peter Maxwell Davies and more. 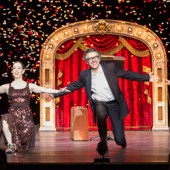 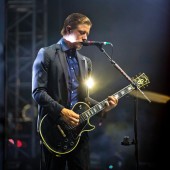 Following their latest single release and an announcement about their album release show at The Metropolitan Museum of Art's "Temple of Dendur" set for September 2, Interpol's highly anticipated fifth studio album El Pintor is up for stream on NPR. 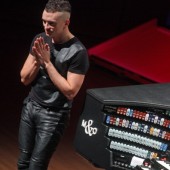 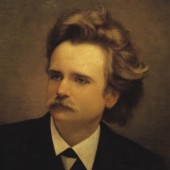 A resurgence of the power metal band Accept has gone over the heads of most listeners. A new release, however, stems away from the metal-ocalypse (slightly) and introduces an old tune we know and love: Edvard Grieg's "Morning Mood."