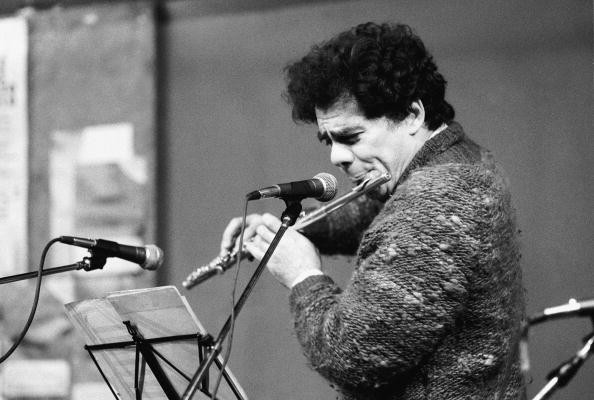 Jimmy Fallon has made a career for himself spouting scatological humor and now his latest efforts have perturbed the flute-playing heavyweight Robert Dick. Dick, the man behind the book, The Other Flute, however, views the segment as an opportunity.

As part of the segment "Books You Probably Should Avoid Reading This Year," Fallon brandished a copy of the workbook by Dick and even turned it over to show the musician's portrait, asking the audience, "Does he look like a dick to you?"

The composer and flutist admitted that initially, the remarks made on The Tonight Show made him feel "incredulous, hurt and angry" but later remarked that he was taking the unflattering feature as an opportunity to stand up for those who have also been ridiculed in the past.

A valiant effort for the artist, indeed, he is asking all those who support his cause to write to the network's website or Fallon's Facebook page to help get him some face time and "let the music do the talking."

In a personal statement, Robert writes:

When I first saw the sketch "Do Not Read - THE OTHER FLUTE" on the Tonight Show, I was incredulous, hurt and angry. This was the same, lame, "dick humor" that I first encountered at age 5. And the jokes were way far from the best I've heard (or sometimes made). Then I realized that, in its own bizarre way, a unique opportunity had fallen out of the sky. Because my public persona is really funny and entertaining, I might have the chance to speak up for everyone who has been mocked for being different in some way. Can you hear me, Willy the Whale, with your three voices, shot dead on the stage of the Metropolitan Opera House? (I might have gotten the whole multiphonic idea from you, pal!)

And, I might have the chance to play my music for a huge audience and to show the world just how cool creativity really is. That's why I'm asking everyone to contact the Tonight Show through their FaceBook page or to Tweet them (#InviteRobertDick @FallonTonight) to let them know that you'd love to see me on the show and that I will rock them to the core of their being.

The outpouring of support has touched me deeply. Oft times, we creators in the non-commercial realm feel that very few are listening to our music - in the last couple of days I've felt, as never before, that my life and work have made a difference to very many people. I'm truly humbled and grateful.

So please keep the flood of FaceBook posts and Tweets going to Tonight. If its going to happen, it will happen fast, so please act right when you read this.

While the composer and his book might be brilliant in their own regard, the comedic quality that comes with the pairing of Robert Dick and The Other Flute, however, is apparently so potent that the audience needed little introduction to the punch line.

Ian Anderson of Jethro Tull played the flute too and he's quite the badass (if we do say so ourselves).

Nevertheless, preview the Fallon segment below but not before you get a piece of the phenomenal musician first.