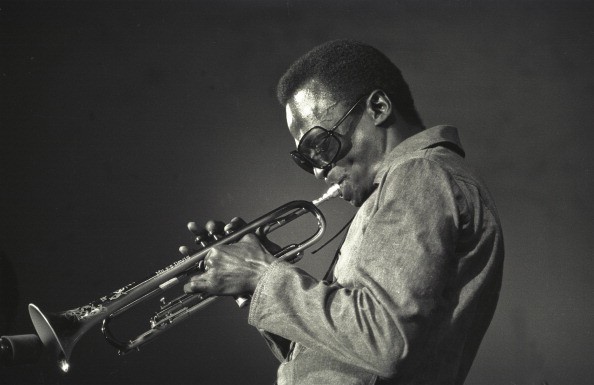 Miles Davis fans have grown over the years to include everyone from seasoned jazzgoers to dabblers in the genre. During his stint at the Newport Jazz Festival, his performances there brought together an audience of all stripes and trades. Now, those special performances will be available for purchase on July 17.

At The Daily Beast, an unreleased performance track is being premiered to help promote the upcoming box set, Miles Davis at Newport 1955-1975. The newest release comes as part of the Columbia/Legacy's ongoing Bootleg series, which has found some footing with Bob Dylan in recent years.

In the set are some untold treasures, including Davis' premiere at Newport, a most impromptu session that brought in Thelonious Monk and led to Davis being signed to Columbia. The last is his final public performance of the '70s at Lincoln Center in 1975.

The track that has been doled out to the good people at the Beast is the October 22, 1971 performance of "Directions" from the Newport Jazz Festival as brought to you by Switzerland.

They write of the disc:

"Over the course of his long and storied career, Davis maintained a 20-year relationship with the historic Newport Jazz Festival. His impact will be commemorated this summer at the Festival's 60th anniversary with tributes, talks, and jams. In advance, a special boxed set of music will be released that traces Davis's performances in Newport through eight dates, including hours of never-before-released material."

So while Kind of Blue may be on repeat on your turntable currently, a new digitized version of some great Miles Davis performances is set to grace your music library soon.

But for now, keep up with the latest Davis below.