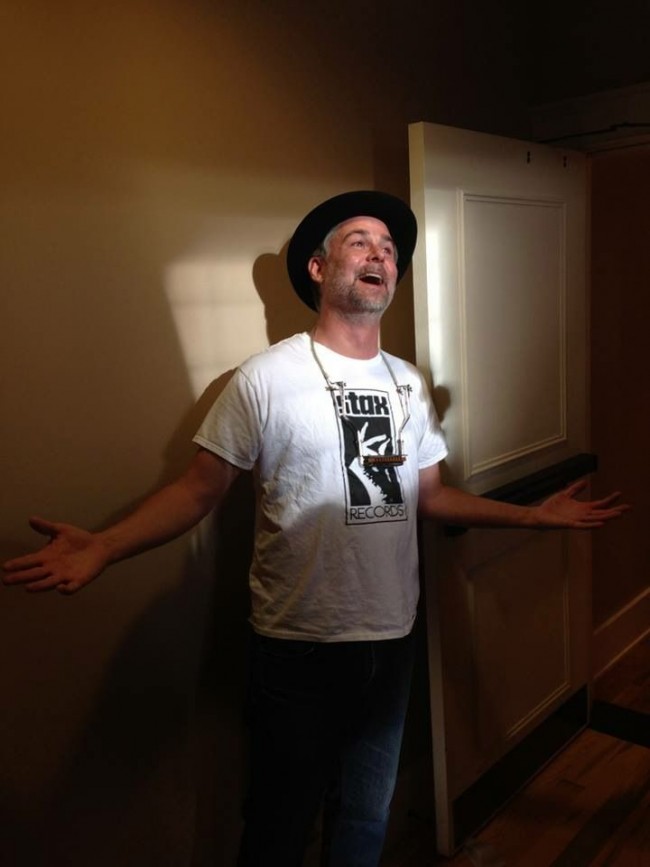 His hero is the Rev. Gary Davis who used to sing on New York City streets before being discovered and whisked away to be a true icon during the 1960s folk boom. In fact, Reverend Freakchild covers Davis's "It's Gonna Be Alright" on his new Hillbilly Zen-Punk Blues (Treated and Released Records). It's a curious little record filled with hippie philosophy and a jam-band aesthetic. On opener "All I Got Is Now," he sanguinely proclaims "yesterday is history, tomorrow's a mystery, all I got is now, but I keep forgetting that somehow" over a lazy swamp-rock beat. "I just got to live my life and stop asking why," he sings later in the same irresistible song. (In a fair world, it would be a radio hit single.)

By the time he has that eureka moment on "Soul Transforming Realization," he's shedding "Tears Of Fire" and sending "Moonlight Messages." He leaves us with the traditional "Wish I Was In Heaven Sitting Down" done as if by the bastard child of Tom Waits and Frank Zappa.

Musically, this stew simmers with Freakchild's tasty curly-cue guitar runs offset by a flute here, a lap steel and harmonica there, backing vocals by Mulebone and a tight tight rhythm section anchored by Tugboat Eustis on bass. It's all very heady and should be taken with a grain of salt. Dude's got humor, personality and he's definitely left-of-center. Catch him if you can in and around the streets of Brooklyn performing for chump change like his hero.