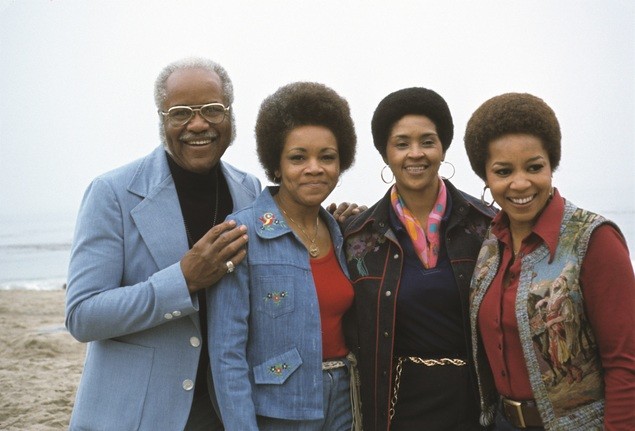 The Staple Singers finally get the boxed set they so richly deserve. (Photo : courtesy ABC via Getty Images)

Time to give thanks to The Staple Singers whose first comprehensive boxed set, Faith & Grace: A Family Journey 1953-1976 (Stax/Concord), contains 80 songs on four CDs and one extremely rare 7" vinyl single: "Faith and Grace" b/w "These Are They." It marks the first time this single has ever been released in any format since they originally had 500 pressed and sold them as a 78 r.p.m. at gigs. 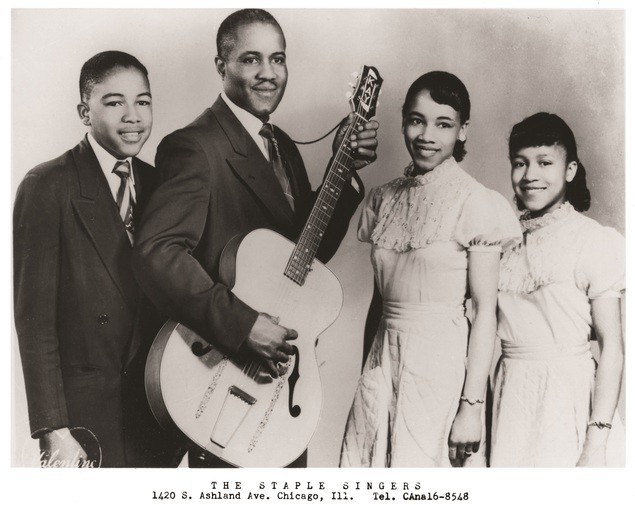 They've performed for four presidents -- Kennedy, Carter, Clinton and Obama -- as well as Dr. Martin Luther King, Jr. on their way to becoming icons, not only musically for their sumptuous harmony and guitar-based fusion of gospel, blues, soul and funk, but culturally as well for their ceaseless work in the struggle for civil rights. Their faith-based initiatives have been no less important than Sam Cooke's 1964 "A Change is Gonna Come" or Curtis Mayfield's 1965 "People Get Ready." Over and above their biggest hits, "Respect Yourself," "I'll Take You There," If You're Ready [Come Go With Me]" and "Let's Do It Again", their catalog is filled heart and soul with stirring anthems of independence and freedom sung in that lowball swoon of Mavis Staples. She uses that raspy instrument like a saxophone and she's one of those rare vocalists who gets better as she gets older.

Back in the day though, her gruffness had yet to make itself evident. Her father, Pops Staples [1914-2000], played a gutbucket lead guitar, which immediately elevated them atop typical organ-drenched gospel bands. He also sang in a delicious and irresistible pre-Al Green sweetness. Track after track features that divine Pops voice and guitar combo on beautiful material with bounce, verve and harmony to spare. It gets under your skin after a while and makes you want to march on Washington DC. Well, maybe not, but it certainly got my dander up and had me dancing around my living room flashing the peace sign.