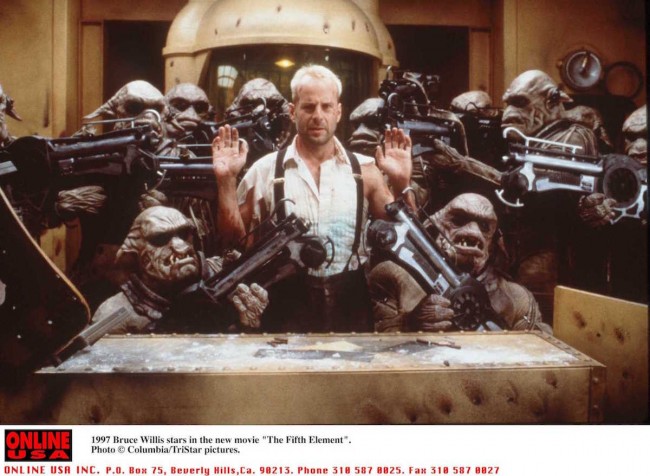 The nearly impossible aria from The Fifth Element starring Bruce Willis has become a focal point for singers as it is reckoned to be too difficult for any human voice. Victoria Hovhannisyan, a 13-year-old hailing from Russia, however, performed the piece on The Voice Russia with true excellence.

Entitled Diva Dance, the song was coined specifically for the film. The song was created to be physically impossible for any human to sing correctly (probably to enhance the "otherworldly" quality of the movie).

In fact, the final master had to be manipulated to achieve the right sonic value, just to make it that much more impossible to perform.

And yet, Victoria seems to pull it off just shy of perfection.

"This 13-year-old girl somehow pulls it off with perfection! It's a real joy to listen to this version of this song, performed in such a unique way. She turns this piece into an upbeat opera where you feel like dancing. Matter of fact, one of judges is dancing in her seat! Really great performance"

There have been other attempts at the piece but none that have truly made a dent in the opera community.

But for Hovhannisyan, this came as a shock to judges (with two, more than likely, remaining with their backs turned as to listen to the performance in its entirety).

While the show may be slightly over-political, it certainly is a hotbed for talent--a similar show in the U.S. entitled America's Got Talent was a jumping off point for the young and talented Jackie Evancho.

Given that she is young, the performance only adds to its own impossibility. If you don't believe the gossip have a listen for yourself below.