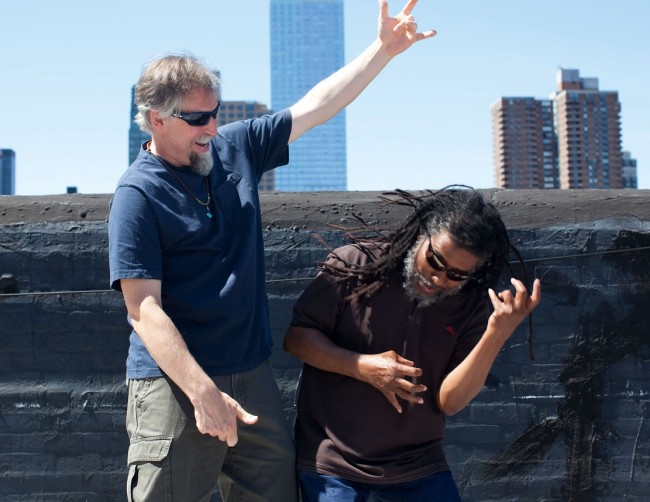 Finland's TUM Records, both on disc and live at their annual Helsinki TUMfest, has been allowing musicians to explore their inner capabilities, expressions and dreams that may or may not be commercial enough to actually sell. In that sense, it's amazing they've been in business for 13 years. Good for them! The latest such offering, Celestial Weather, features two such progressive, forward-thinking adventurers, John Lindberg on double-bass and Wadada Leo Smith on trumpet. It's an example of exotica, esoterica even. Smith, 74, and Lindberg, 56, met in the band of Anthony Braxton, 70, an American super-musician with over 100 albums to his credit.

"Malachi Favors Maghostut" takes up the first two tracks as Smith's tribute of sorts to bassist Malachi Favors [1927-2004], also known as Maghostut. He was a mainstay of Chicago's Association for the Advancement of Creative Musicians (AACM), an organization that Smith "graduated" from as well. It's a spiraling assemblage of sound that's as bleak and mysterious as anything else herein. It takes some getting used to. The next five tracks--the "Celestial Weather Suite"--might get bogged down by incessant drama like soundtrack music creating tension but there's a pay-off for its meandering. Part #5, "Tornado," is that pay-off. It's as upbeat as they're going to get.

This is music that you cannot put on as background. You might forget it's on. Yet if you listen, and listen hard, its oh-so-subtle intricacies carry the day. Most of it was composed spontaneously in the studio. Its essence lies in the fact-especially on the last two-track "Feathers and Earth"-that these musicians respond to each other audibly, surprisingly, succinctly and satisfyingly to achieve a constant conversation throughout. They are so attuned to each other's every tic and spasmodic eruption, that the thrill of it all is anticipating such reactions.