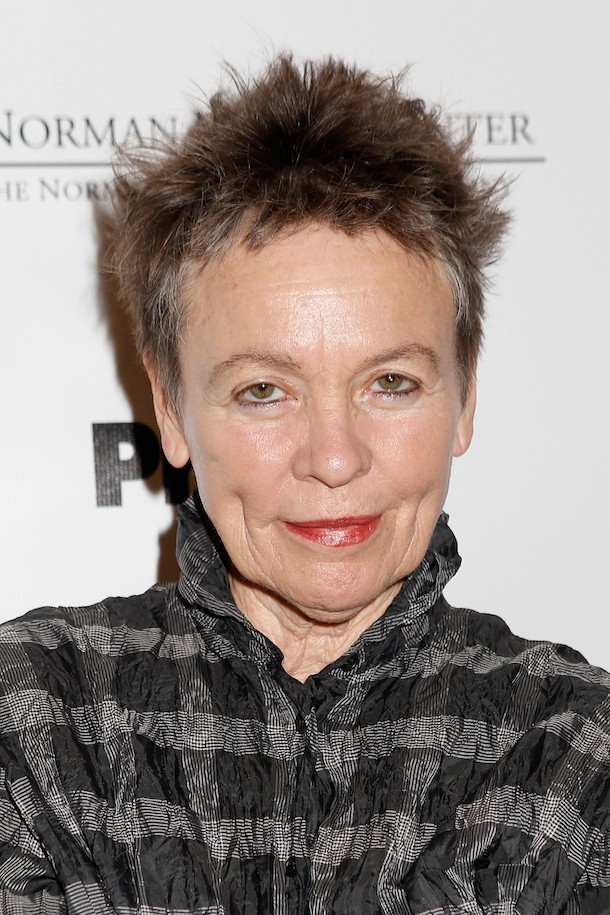 Cited as a "pioneering and eclectic American artist" by The Guardian, Anderson will also have her work featured as part of the event. The festival, which takes place May 7-29, will be rooted in themes of "home and place" as described by Anderson.

Perhaps reflecting on the refugee crisis unfolding around the world, she said, "Our theme of home and place is especially relevant with so many people in the world on the move now looking, like all of us, for a place we can belong."

The full festival line-up will be announced in February, but Brighton natives Tim Crough and Spymonkey will appear on the bill as they re-enact the famous deaths penned by William Shakespeare. This year will mark the 400th anniversary of the death of history's famous bard.

"Laurie Anderson has been experimenting, creating and challenging audiences all over the world for almost as long as Brighton Festival has existed - indeed, she's been a part of the festival's journey in past years."

Ms. Anderson, widow to the late-Lou Reed, recently gave a concert for dogs in New York City's Times Square to a bark of applause by her canine audience. Renowned for her use of technology in her music, it will be a pleasure to have a unique ear like Anderson's helping direct the festival.

While we wait to see who's on the program in February, take in a trailer from Brighton Music past below.