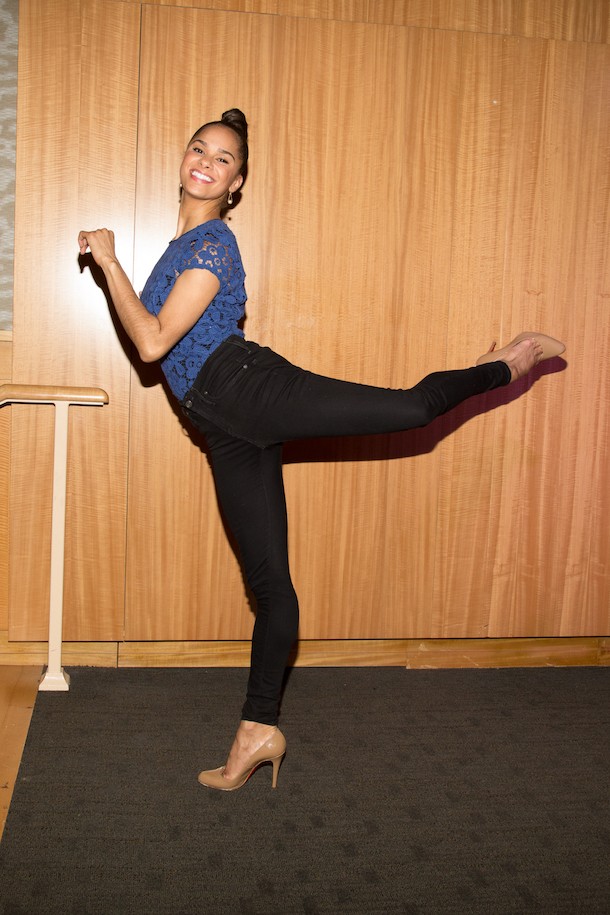 The sphere of ballet is often associated with white ballerinas. Or it would appear so, as it is the focus of the latest documentary about the world of dance--which premiered last night, Feb. 8 at 10 p.m. on PBS. Ballerina Misty Copeland is the center as she delves into the kind of racism that pervades the art and how being a black woman contends what the art's aesthetic is.

Brought to you by filmmaker George Nelson, the director's dancing opus hones in on Ms. Copeland and brings to light the struggles associated with being a minority in the world of dance. Having been promoted to American Ballet Theater's first black principal dancer last year, Mr. Nelson is able to center on the intricacies of Ms. Copeland's career in relation to the ballet community and what it takes to advance to such a post.

The film debuted at the 2015 TriBeCa Film Festival, where it was chosen to be a part of Sundance Selects.

The L.A. Times wrote in a review of the documentary:

"...As [A Ballerina's Tale] makes wonderfully clear, it wasn't just a question of Copeland being a first or blazing a trail; as she moved through the ABT hierarchy, Copeland forced the ballet world to question the rigidity and legitimacy of its own aesthetics.

"As with most art forms, ballet is judged by what has gone before, and what had gone before is what dance critic Deirdre Kelly calls 'the ballet blanc.' To accept Copeland as a star required many people to rethink the very image of ballet."

With Misty Copeland as staple of modern dance, the documentary should shape up to be a direct statement on the adversity of being a black ballerina and contends the inadvertent racism that is underlying in most companies across the nation.

If you missed it on PBS last night, the documentary is available on most streaming platforms for a small fee including iTunes.

For now, check out the trailer below.