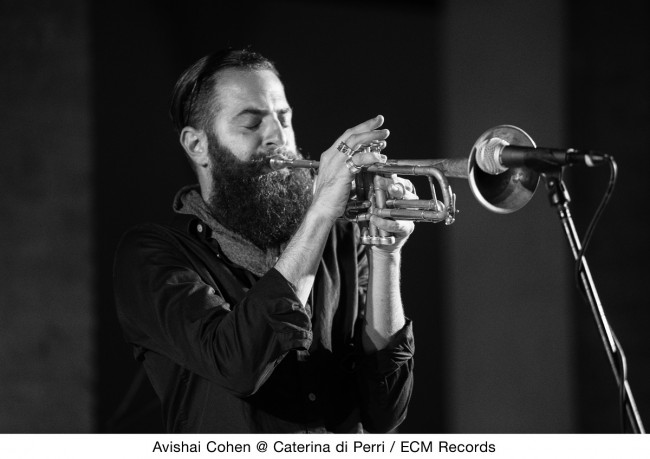 Trumpeter Avishai Cohen put his grief into music for 'Into The Silence.'

The mournful sad tones of Avishai of the Cohens liken the leader to Miles Davis: muted, underscored with piano/bass/drums plus tenor sax, and filled with a longing that won't ever go away. The sibling Cohens of Israel-clarinetist/saxophonist sister Anat, sax man brother Yuval and trumpeter Avishai-could be construed to be like the Marsalis family of New Orleans, the Heaths of Philly or the Joneses of Detroit. The bustling metropolis of Tel Aviv was where they grew to fruition as The 3 Cohens Sextet. Now, with Into The Silence (ECM), Avishai has put his grief over the death of their father into music.

Cohen composed Into The Silence in the immediate six months after his dad died in November of 2014. It was such a profound event for him that he literally could not put his feelings into words at the time, only music. As far as the title is concerned, death is not only the final silence of an individual, it is also the dreadful silence for the living of a loved one's absence.

Interestingly enough, the two pieces of music Cohen kept listening to were solo piano by Rachmaninoff and Eric Dolphy's Out To Lunch. It took producer/ECM head Manfred Eicher to help translate his angst into the sterling production herein (despite the fact that Cohen has always produced himself). The cast is sublime. Bassist Eric Revis has been with Branford Marsalis for 20 years. Pianist Yonathan Avishai played with Cohen in the multi-cultural Third World Love band. Drummer Nasheet Waits drums in Cohen's Triveni trio. Saxophonist Bill McHenry played with Paul Motian and Andrew Cyrille, heavyweights of the highest order.

The CD's centerpiece is the 15-minute "Dream Like a Child," written for the fact that it was always his father's dream to be a musician, a dream that went unrealized. Yet this man made sure his three children received all the possible music lessons of youth -- and look at them now. It's a piece filled with optimism and hope for the future.

Recorded in the south of France over a period of only three days, Into The Silence does not depress the listener but rather instills into the ear a free-flowing amalgam of mellifluous positivism. The Avishai Cohen Quintet will tour in Kentucky, Indiana, Iowa, New York City, Massachusetts, Minnesota, California and Vancouver, British Columbia, Canada starting April 6 to May 7. Jazz fans in those locales, prepare to swoon over what promises to be shape-shifting evenings of different dimensions and poignant revelation.