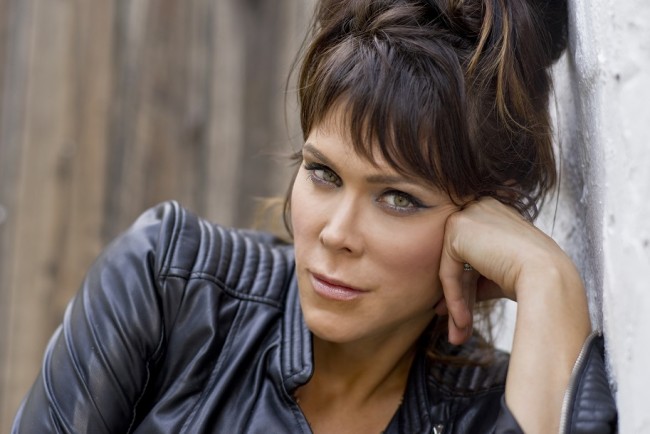 Could Beth Hart really be one of the greats? (Photo : Greg Watermann)

Bethlehem, Pennsylvania--The hulking rotting remains of Bethlehem Steel is lit up like an art deco sculpture to provide a stunning monolithic background at the MusikFest Café at Steel Stacks, where singer/songwriter/pianist/guitarist Beth Hart is in the process of totally blowing away the room, raising the roof with the kind of hard rock that not too many in the sold-out crowd expected.

She's a blues singer, right? Wait, she's a soul singer, no? Ever since Beth Hart tore the house down at the 2012 Kennedy Center Honors on national television (see imbedded video) singing "I'd Rather Go Blind" with Jeff Beck in front of the President, First Lady, honoree Buddy Guy, honorees Led Zeppelin (minus their dead drummer) and a litany of famous names, captured by CBS-TV's cameras as being in total and abject awe of this woman's life-changing performance, she's been on a roll. This is what she does. She tears down the house at every show. Her two incredibly good blues albums with Joe Bonamassa (Don't Explain and See Saw) are just the tip of a gargantuan iceberg of talent. Her last two solo albums (Bang Bang Boom Boom and the current Better Than Home) show her at the peak of her powers, combining aspects of Janis Joplin, Natalie Cole, Bonnie Raitt, Bessie Smith and her most obvious influence, Etta James. Beth Hart is Etta James and she carries Etta's flair for drama, a personal story worth turning into a Hollywood movie, and a penchant for the kind of onstage theatrics that drives crowds wild. She was born to be on a stage. 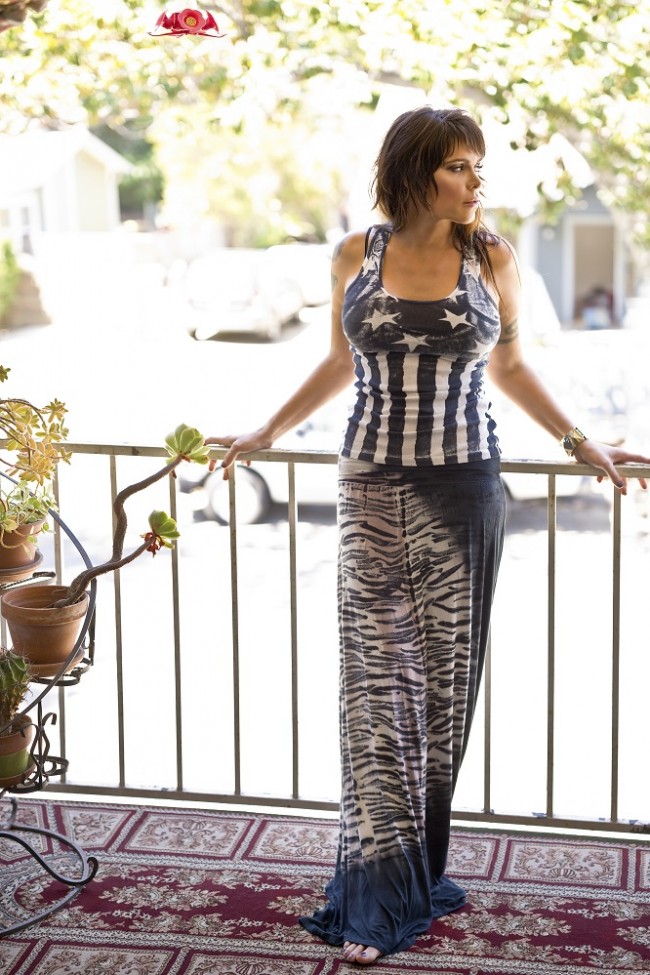 She walked out unobtrusively as if she didn't belong there, sat down at the piano, and, alone, proceeded to nail her audience to the wall with a pleading, passionate piano-driven ballad in which she most definitely wore her heart on her sleeve. When Hart tears into a grandiose ballad, she has the ability to expose the kind of raw naked emotion that might make some feel uncomfortable. It's like being in the crowd of the kind of dramatic Broadway play where the protagonist is hurting and making the audience hurt as well. Upon finishing this introductory show stopper, there was a pregnant pause before the tremendous ovation, as if we were blindsided by brilliance.

That's when her hard rock band sauntered out and started playing the kind of blues that Etta James used to jam on until her audiences were in a tizzy. Beth belted her blues out so loud and profound that we stared gape-mouthed to let the blues enter our souls. One audience member was Kassie Hilgert, the President and CEO of Arts Quest, which is the company responsible for the five years of this venue's incredible booking policies, dozens of free summer outdoor shows, and the biggest free music festival in the country, MusikFest, every August. Hilgert was, like the rest of us, blown away. After the show, she told Blogarrhea, "Mike, she filled every inch of the room with her passion. It was such a powerful performance! She had us in the palm of her capable hands to deliver a show that will not soon be forgotten. Honestly, I didn't think she was ever going to leave the stage and that was just fine with us!"

It being the last night of the tour when things traditionally are a bit looser, Beth was obviously enjoying herself so much, and totally getting off on this crowd who just as obviously was adoring her, that she kept thinking of different encores to perform once she was called back. She finally called it a night after five more showstoppers. It was as if she was putting on and taking off different genres of music like most people put on and take off clothing. One such prog-rock intro had her organ-izing like Elton on the intro of "Funeral For A Friend." Another moment of absolute delight occurred when she said, this one's for my husband, and played with the kind of gut-wrenching emotion that had her husband running onstage during the standing ovation to hug her dearly.

And that's the thing about Beth Hart. Every song is a show stopper! When was the last time you could honestly say that about any artist you've seen in-concert? The women in the crowd screamed for her. Yes, screamed. I haven't seen women go so nuts for an artist since k.d. lang played The Beacon Theater in New York City in 1989

Profane, ballsy, dropping the F-bomb at the flick of a wrist, She sang mostly songs from her last two albums, songs she wrote which mean a lot to her. "I can't find God down here," she crooned during "Tell 'Em To Hold On," a song that brought goose-bumps to this reporter's skin. The tortured angst of ""Tell Her You Belong To Me," the sass of "Trouble" where she spits "You wanna slap my face? I can't keep my big mouth shut." Thus, it's totally believable when she sings, "out on this long winding road/Chasing the sound with my friends/Keep driving on 'cause this is better than home. I am not afraid of being lonely." 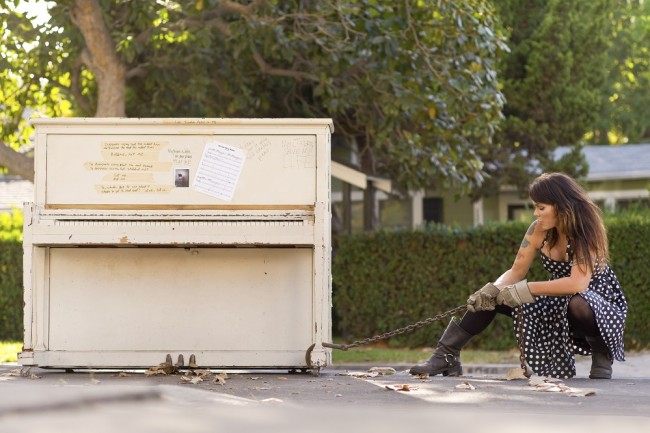 This was true rock'n'roll. This was the kind rock'n'roll that delves into danger because she was getting so wild and provocative, one had to wonder if she was on her meds. Thus, her personal story gives more credence to her rock'n'roll. She ain't kidding. And only time will tell if she will ultimately be one of the greats. I'm rooting for her.

BLOGARRHEA: A Life Lost on the Upper West Side of NYC and a Goodbye to My Friend Pam