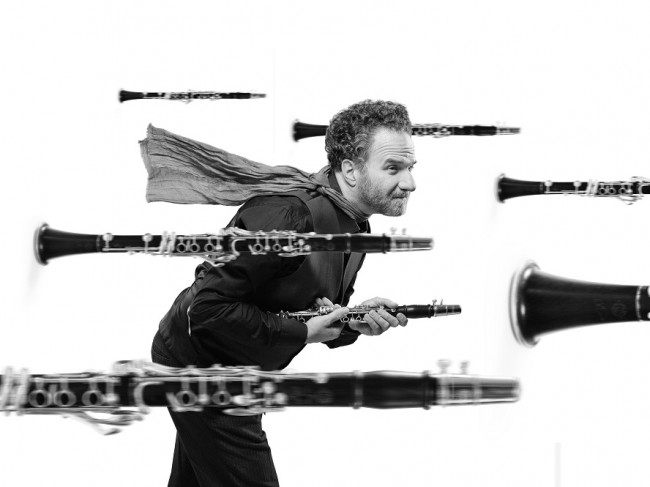 Back before The Wall came down, he had traversed Berlin where his Russian/Polish Jewish grandparents and great-grandparents immigrated to at the end of the 19th Century. Here, he blows wild and free, almost as a declaration of his family's independence.

Gearing up at least 25 years for this act of musical rediscovery, he remembers the sights, sounds and smells of such a voyage on tunes like "Synagogue Wail" and "Border Town Pinball Machine." His quintet is sterling: electric guitar (Sheryl Bailey), electric bass (Jerome Harris), drums (Michael Sarin) and sampler (Jeremy Flower).

All this electricity gives the band a harder edge, yet a very comfortable musical bed in which Krakauer's clarinet flies high and non-stop, darting every which way and then some.

Three guests add more color: Rob Curto on accordion, John Medeski (of Medeski, Martin & Wood) on organ and Marc Ribot on electric guitar. The din and clatter that results might turn some off but there's a method to the madness.

Krakauer is used to the swirling craziness of Klezmer music. He's also down with world-music, electronica, funk, classical and the avant-garde. He's played with Kronos Quartet, Klezmatics, John Zorn, Itzhak Perlman, the Brooklyn Philharmonic, the Detroit Symphony and the Orquestra Sinfonica de Madrid in Spain. Once untethered from the dictates of someone else's vision, his sound is boisterous, in-your-face and there's no let-up.

Over the course of these 10 tracks, casual ears could consider themselves assaulted. Others are going to love this way-out travelogue.