Blogarrhea: The Long Strange Trip of Darryl Purpose Results in a Modern Masterpiece 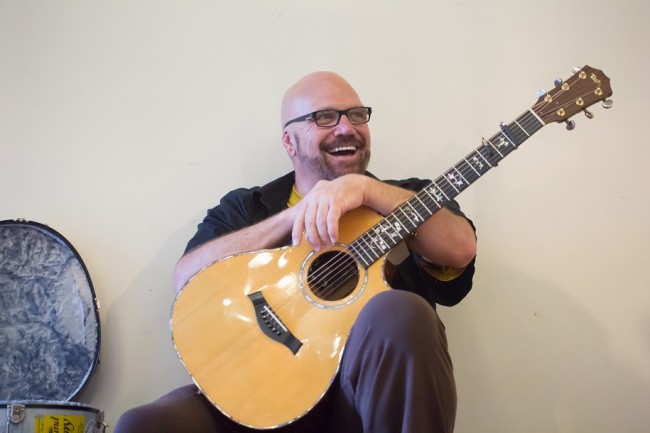 Singer/Songwriter Darryl Purpose has reached a milestone on his seventh CD with the lyrically astute, properly melodic and beautifully/soulfully sung Still The Birds (Blue Rock Records). He sounds like James Taylor but co-writes with Paul Zollo like Paul Simon or Leonard Cohen on subjects as wide-ranging as Edgar Allan Poe ("Baltimore"), Dylan Thomas ("Prince Of The Apple Towns"), L.A. gangs ("Evergreen Avenue"), Vietnam war draft dodgers ("Hours In A Day"), Buddah ("When Buddha Smiled At The Elephant") and the Civil War ("Shiloh").

With compelling musical back-up by his own trusty acoustic guitar as well as a band comprised of electric guitarist Daran DeShazo, keyboardist Joel Guzman, accordionist Billy Crockett, bassist Roscoe Beck (who used to play in Leonard Cohen's band), percussionist Eric Darken from Jimmy Buffett's band and singer Eliza Gilkyson (who duets with him on "The Meaning Of My Love"), he has fashioned some state-of-the-art Americana.

But it's his trip getting here that makes it all the more profound.

Purpose left home as a teenager and found out that he was as talented at blackjack as he is at music. He supported himself for years at the expense of casinos around the world, so much so that he is now banned from playing blackjack in casinos on six continents. Prior to the ban, he won so many blackjack competitions that he was inducted into The Blackjack Hall of Fame.

Arrested for laundering drug money, he was facing 18 years behind bars, ultimately serving less than one. In 1996, he started trekking around the world singing his own songs wherever and to whomever would listen. He slept in his truck. He played for tips on the street. He did this for eight solid years. The truck never broke down. Neither did he.

He's walked cross-country as part of the "Great Peace March for Global Nuclear Disarmament." He's performed his music behind what used to be The Iron Curtain of the former Soviet Union opening for Bonnie Raitt and Santana. He's studied with Thich Nhat Hanh, the 89-year old Vietnamese peace activist Buddhist monk. He co-founded The Second Strings Project, an organization that has delivered over 20,000 sets of guitar (and other instrument) strings to the needy musicians of third world countries. He's performed thousands of shows all around the globe. In 2004, he wound up winning a few million dollars at blackjack and settled in Colorado.

In his tribute to 1950s jazz piano player Red Garland ("The Nearness Of You"), he sings, "pack of Viceroys, orange peel, empty birdcage swinging/On any day in Harlem, Lady Day might just be singing/Bird is playing crazy fast, his sax fresh out of hock/And Red's at the piano like the inside of a clock."

Purpose loves Paul Simon's 1980 One Trick Pony. It's one of Simon's least successful albums, a soundtrack of sorts to his movie of the same name (although the songs are arranged and recorded differently). The tribute to this particular Paul Simon era ("Sheena's Dog") has a Simon-esque melody. "She was making movies then/Once I was her movie star/I was playing Woody Guthrie songs on Geronimo's guitar and we would harmonize at barbecues in her hillside backyard and we'd walk all the way from Echo Park down Sunset Blvd with Sheena's dog."

Darryl Purpose is the Elton John to Paul Zollo's Bernie Taupin. He takes Zollo's words and makes them come alive with purpose, integrity and the kind of melodies that stick to your brain like a tattoo. My only question is: why isn't guy more famous than he is?