Blogarrhea: Southside Johnny Revs up His Asbury Jukes for Summer of 2016, Exclusive Interview 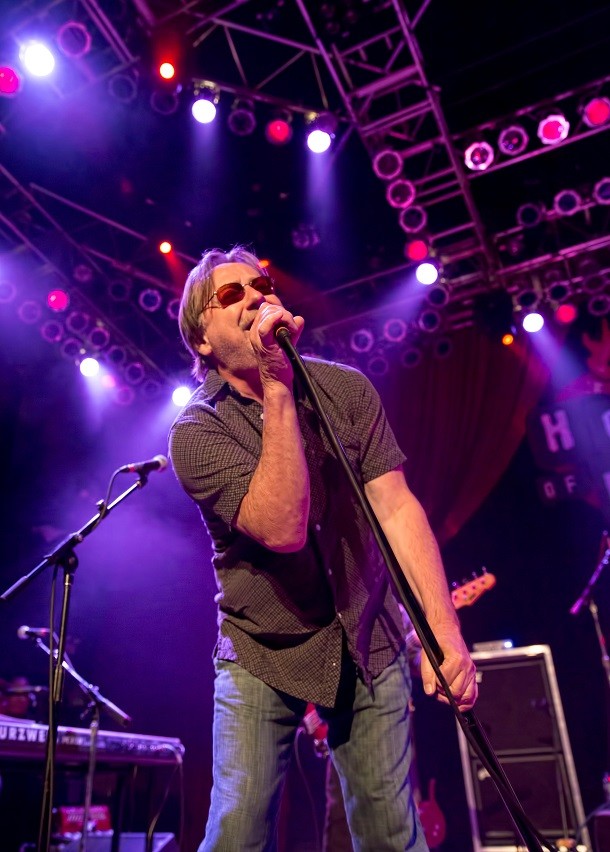 The phone rings. It's Southside Johnny on the line. One of New Jersey's many homegrown heroes, John Lyon, 67, has done nothing his whole life but sing. Hey, it ain't summer unless Southside Johnny & The Asbury Jukes tour. July 3 at the Stone Pony Summer Stage on Ocean Avenue at 5:30 p.m. will kick off with tracks from his voluminous record collection of mint R'n'B. His current CD, Soultime! (Leroy Records), is the best damn album of his long career (and that includes his twin 1970s landmark efforts, This Time It's For Real ('77) and Hearts of Stone ('78). This reporter, who also grew up in Jersey, has to mention, although it's not the Jukes, Songs From The Barn (2013) as also being amongst his greatest recordings.

Blogarrhea: You just got back from Europe. How were the crowds? They know you, right?

Southside Johnny: Yes, we did very good business, and they were very enthusiastic. We did two blues festivals in front of thousands each time and they all cheered and it was great. This is good music live because it's fun and very driving and energetic. We're having a great time on stage. Audiences recognize that and get caught up in it too.

Blogarrhea: The age of the big band has died out because it's damned expensive to keep a big band out on the road.

Southside: Sure it's expensive. We have eight guys in this band. But that's what I want to hear behind me because that's where I'm at. I love playing places we've never played. That's part of the adventure. And I still love to travel. Sure, there's moments where I go, "Jesus, I just want to be home lying in bed and trying to recover." But, most of the time, I love the road. Hell, when I have time off, I travel! When you grow up in a little shore town like Ocean Grove, New Jersey, you really want to see the world.

Southside: Thank you. I'm just glad it translates so well to the stage. I had mixed feelings when it first came out, hearing everything I would have wanted to change had I the time. But the band was great. I wrote these songs with Jeff Kazee and when we brought them to the band, they just locked into it and knocked it out of the ballpark in an ongoing organic way that really made the songs come alive. The album is selling so well I may even make some money on it! Plus, the experience was so revitalizing to me personally. There were no brooding moments at 3:00 in the morning anymore when I'd be trying to fathom certain lyrics. It was a smooth session.

Blogarrhea: You're like an archaeologist ferreting out nuggets of gold that have been lost in the dustbin of time. Those songs you spin before and after the show are unreal. It's my contention you've taken that premise and used it in your writing to the point where these Soultime! songs are like instant classics.

Southside: My initial inspiration for writing these kinds of songs took place in my local grocery store when Curtis Mayfield's "Superfly" came on the radio and everybody sorta started boppin'. It reminded me that that's my job: to make music that makes people feel good. I want to be Bobby Womack, man!

Blogarrhea: Me too! I've been getting' down lately with such long lost heroes as Larry Williams [1935-1980] who wrote "Bonie Maronie," "Short Fat Fannie," "Slow Down," "Dizzy Miss Lizzy" and "She Said Yeah" and Arthur Alexander [1940-1993] whose songs have been covered by the Beatles, Stones and Dylan.

Southside: I love those two guys. There are so many great artists who, indeed, as you say, get lost in the dustbin of time. I hope I don't!