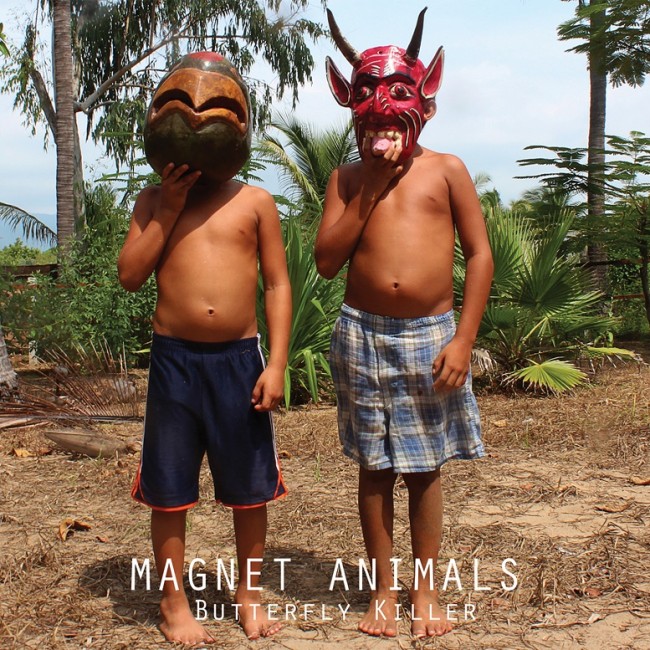 I take my job seriously. Finding music like the following five CDs was no easy task. From a big-band with 13 trombones to a genre-bending pianist, an absolutely crazy alternative band, a tribute to pianist Oscar Peterson by a guitarist and a Canadian duo who favors ragtime gypsy jazz and early swing, there's something for every open ear.

Consider it a gift guide for those who have everything. There is no ultimate arbiter when it comes to music but when I played some of this stuff for family and friends, the responses ranged from "you're nuts" to "who would listen to this stuff?" The answer to that rhetorical question is me -- and, I'm banking, you. 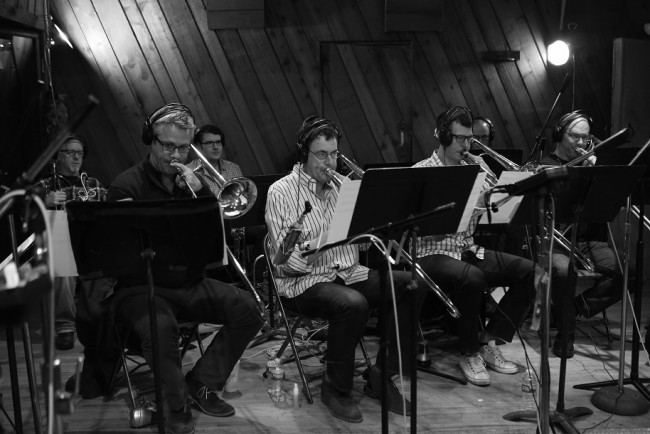 (Photo : courtesy Hip-Bone Music)
The Hip-Bone Big Band of Michael Davis has to be heard to be believed.

How 'bout a hip trombone big band with 13 'bones? Hip-Bone Big Band (Hip-Bone Music) is by Michael Davis who has added six saxophones, six trumpets/flugelhorns, piano, bass and two drummers on 12 action-packed tracks he wrote, arranged and produced, rounding up an A-List team for this, his eleventh CD.

Leader Davis is a super heavy having played in Buddy Rich's band for two years, Frank Sinatra's band for seven years and the Rolling Stones from '94 to '07. He's appeared on over 500 CDs (including those by Michael Jackson and Bob Dylan). He's authored 13 books and written over 150 pieces of music in all genres. But what has he done for us lately? This is it: a wild freewheeling barnburner of non-stop action that includes "CRB's 76 Trombones," "Trombone Institute Of Technology" and 10 other wild rides. 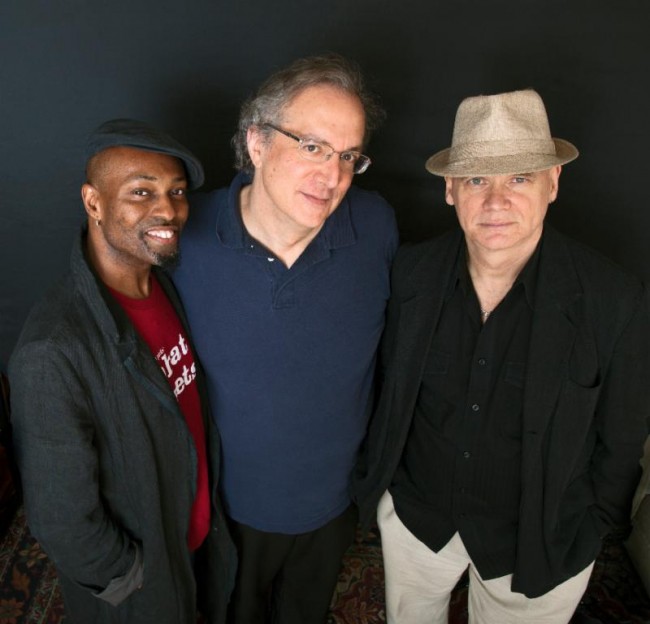 Pianist Uri Caine has a new trio+ on Calibrated Thickness (816Music). The plus comes in the person of the extremely swinging Kirk Knuffke on cornet. Drummer Clarence Penn and bassist Mark Helias are so in sync with Caine's daring excavations into the realm of genre-bending that the 15 short pieces are like bold declarative statements with no time for elongated meanderings. Caine is a Philly hard bopper who now makes sure to infuse his post-bop with swing ("Manahatta"), dissonance ("Climb To The Top") and jittery nervous tension ("Time In Between"). 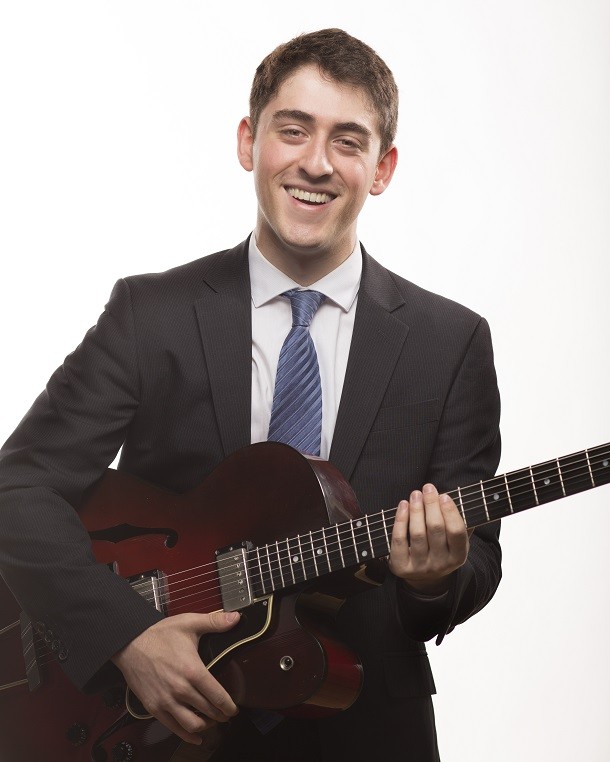 Oscar Peterson [1925-2007] is certainly in the conversation as the greatest piano player of all time. Chasin' Oscar: A Tribute To Oscar Peterson by The Michael Blum Quartet has one catch. Blum doesn't play piano. He's a vocalist/guitarist who has somehow managed to perfectly transcribe seven of The Master's complex piano solos note-for-note on guitar! Peterson's legions of fans have got to hear this!

Singer/songwriter/guitarist/bandleader Todd Clouser must be one weird dude. Born in Kansas City, raised in Minneapolis and now living in Mexico, his new band, Magnet Animals, has debuted with Butterfly Killer (RareNoise) and it's a killer-diller-thriller.

But there is one important proviso: unless you're ready to throw away your preconceptions of melody, harmony and compositional reality, you're going to have to wait until you build up your own alternative veneer. The rather rock two guitar/bass/drums format gets splintered with punk-funk ("Martha Fever"), metal ("Headphone Girls"), jazz ("State Of My Face"), '80s dance music ("Igual Pero Peor"), spoken word religioso craziness like an alt. preacher from hell ("Little John The Liar") and, the highlight, a tribute to beat poet William S. Burroughs [1914-1997] ("Bill Burroughs"). Seeing as to how Clouser, like his literary hero, is gay and a former drug addict, his art imitates life. You have been properly warned. 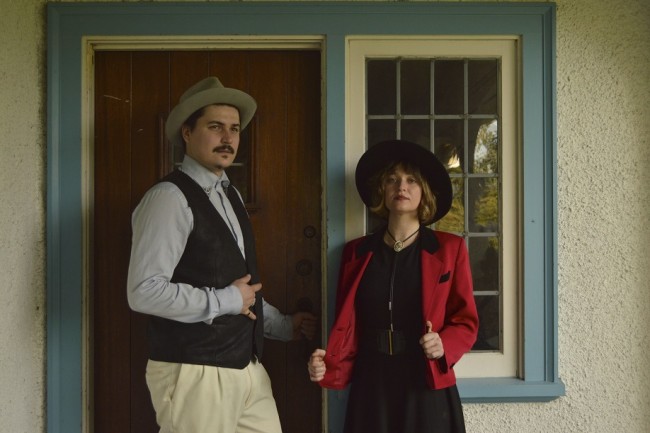 I'm totally down with the self-released Gypsy Blues of Blue Moon Marquee, a Canadian duo on their third CD. Filled with the kind of ragtime, blues, soul-folk and boogie that could force a smile on the most dour puss in the room, guitarist A.W. Cardinal sings like a more tuneful Tom Waits and Badlands Jess plucks that upright bass like the old rockabilly stand-up bassists who would jump up on their instrument for dramatic effect. She also plays drums and when she sings right atop or below his lead lines, a stunning synthesis is achieved that's oh so ripe to be ogled by the ear. Put it this way: if poet Charles Bukowski [1920-1994] took singing lessons, he might sound something like A.W. There's a mystique at work here. If this CD walked into a party, it would immediately be the hippest cat in the room.