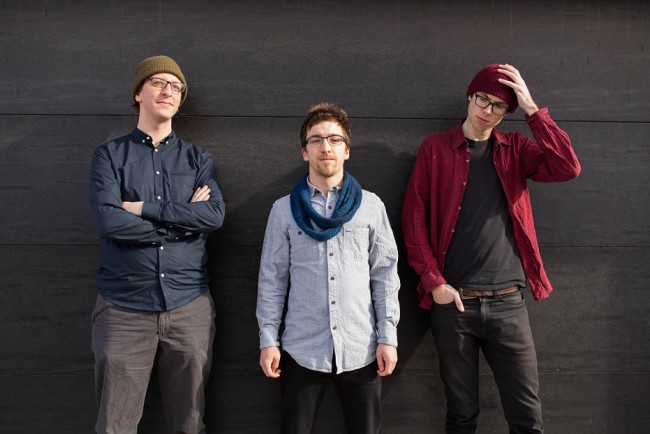 Of The Tree by Toronto's Autobahn (self-released) stands out because-with the help of electric bassist/composer/producer Rich Brown-takes its piano/bass/horn premise and doubles it on both composed pieces and improvisations. Thus, through the magic of overdub, 18 months in the making, the 12 tracks achieve a substantial "trio-times-two" intensity that doubles the pleasure.

Transformation (Rhombus Records) by Bernie Mora and Tangent is an all-out balls-to-the-wall deep-fried funk-fest wherein guitarist Mora ignores traditional jazz guitar heroes like Wes Montgomery and Django for the pleasures of Prince and Ernie Isley. The P-Funk grooves alternate with Sly wildness for a sense of fantastic funkability. In other words, you can't sit down.

I am totally digging Forty (Sotti Entertainment) by the Fabrizio Sotti Trio, as much for Sotti's nimble guitar inventions as super-drummer Francisco Mela (a leader in his own right). Bassist Peter Slavoz keeps his end of the bargain by creatively keeping the bottom intact and even moving the music forward with flourishes and verve to the point where all three musicians oftentimes get connived by the arrangement to spiral upwards simultaneously in an ever increasing concentric arc that is as exciting as it is absolutely gorgeous.

The prettiest piece of power pop in years comes via singer/songwriter Ken Sharp on New Mourning (self-released). Beatlesque, with visions of the Raspberries swimming in his head, Sharp, throughout these 14 beautifully crafted gems, maintains a high level of pure listenability. Rick Springfield's vocals and guitar buoys two tracks while guitarist Wally Stocker of The Babys comes out of mothballs to add just the right flavor. Knack bassist Prescott Niles plucks and pops prodigiously but it's Sharp's show.

Is Paul Simon's Stranger To Stranger (Concord Music Group) the best CD of the Year? Maybe. If it's not, it's close. "Wristband" (check out the imbedded video below) is the catchiest song he's written since "50 Ways To Leave Your Lover." Simon was always as much about his sound as his poetry. His guitar has always been underrated. His warm old-friend type of comfortable voice has miraculously never left him, even at 74. The sonic palette he chooses to work off of here is as ingenious as Graceland (African) and Rhythm Of The Saints (Brazilian) but Stranger To Stranger also hearkens back to earlier efforts where he'd not only rhyme so cool but make you smile at the inherent wisdom beneath his grooves. From Italian electronic dance artist Clap! Clap! to the micro-tones of Harry Partch [1901-1974] (who divided an octave of music into 43 unequal tones which required special instruments), Simon surrenders to these two sounds on certain tracks. He even visited the original Partch instruments now enshrined at Montclair State University's sound lab in New Jersey. Let us hope (and those of us who pray, please do so) that Paul Simon, arguably America's greatest living songwriter, does not retire as he has warned.

Canadian Al Lerman's self-released Slow Burn has the singer/songwriter/guitarist/harmonica player rocking out on 11 originals and one oldtime 1930s blues cover "Kokomo" (no, not the Beach Boys song). From his humorous treatise on aging ("It Takes Me All Night Long") and a story-song about an infamous Ontario bank robbery ("Bad Luck Blues") to his decidedly swamp-rock "Tattoo Like You," Lerman sounds poised and confident on this, his third, yet when he wants to really rock it, he can play as if his hair is on fire.

Blogarrhea: The Long Strange Trip of Darryl Purpose Results in a Modern Masterpiece

Blogarrhea: Southside Johnny Revs up His Asbury Jukes for Summer of 2016, Exclusive Interview