Shirley Horn is 'Live at the 4 Queens' in 1988 Vegas, Heard for the First Time Since! [REVIEW] 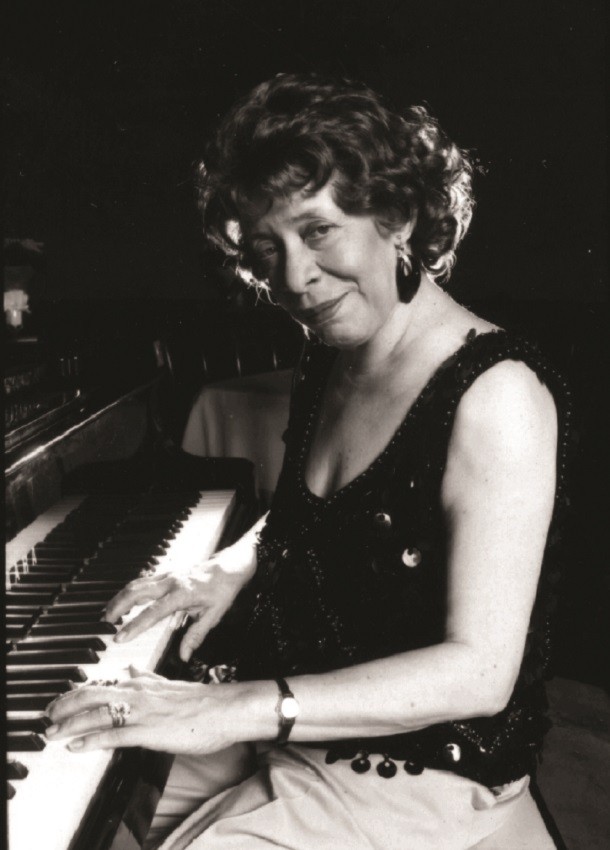 Despite the fact that Vocalist/Pianist Shirley Horn has been dead for 11 years, she's 'Live at the 4 Queens.' (Photo : courtesy Resonance Records)

Pianist/Vocalist Shirley Horn [1934-2005] was in her prime at 54 when she played the 4 Queens Hotel in Las Vegas in the spring of 1988. Reveling in the success of her I Thought About You comeback album, she was back on top after a 19-year hiatus to raise her daughter and only gig locally around her Washington DC home. Live at the 4 Queens (Resonance Records) is the entire 52-minute set accompanied by her longtime trio of bassist Charles Ables and drummer Steve Williams. It has never, until now, been released.

It's been almost a decade since there was any "new" Horn to crow about. Good thing radio station KNPR had the smarts to get it all down on tape for its weekly live jazz show. Hers was the voice that Miles Davis loved. He helped her early in her career and even had her sit in with him when his regular pianist, Wynton Kelly, was absent. Once, at the Village Vanguard, he famously intoned, "if she don't play, I ain't gonna play."

Horn's rare gifts resulted in a moody kind of mood. She had the elastic ability to stretch a song into the slowest possible crawl yet still maintain motion, both pianistically and vocally. Plus, she had a sense of good humor that made audiences all over the world fall in love with her.

To hear her sing Cole Porter's 1943 "You'd Be So Nice To Come Home To" (written for the film Something To Shout About and made into a 1944 pop hit by Dinah Shore) is to plumb the depths of the song's meaning. Sure, the object of the singer's affection would, indeed, be so nice to come home to, but, in Horn's version, the sense of regret is so palpable that you just know it's not going to happen. Yet her humorous side comes out in the playful switching of genders for Antonio Carlos Jobim's 1964 "The Girl From Ipanema."

The nine songs also include the 1932 Rodgers and Hart chestnut "Isn't It Romantic" and the 1945 Billie Holiday "Lover Man" hit. She aches in all the right places during an incredible version of the 1959 Ray Charles hit "Just For A Thrill" (written by Lil Armstrong, wife of Louis). Her fingers fly over the 88s for the opening "Hi-Fly" instrumental.

Resonance Records is known for its majestic packaging and this is no exception. A 56-page booklet is as fascinating as the music herein. Filled with rare, archival photos, new essays, interviews with producer Zev Feldman, jazz historian James Gavin, drummer Steve Williams, singer Sheila Jordan and Horn's daughter, Rainy Smith, one could lose one's self in Horn's mighty presence.

Bill Evans, 'Some Other Time: The Lost Session From the Black Forest,' Resonance [REVIEW]