Jimmy O'Connell Suffers From 'Arrhythmia' but Still Makes Stunning Debut, Outside In [REVIEW] 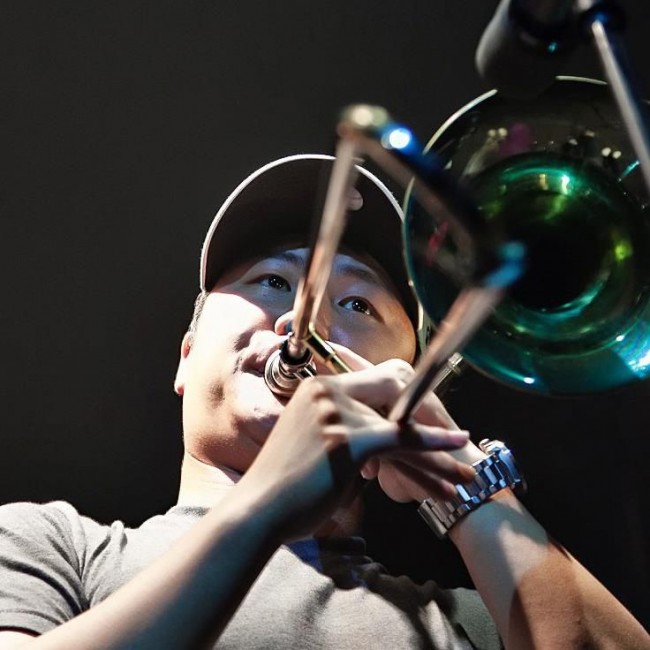 New York City 'bone man Jimmy O'Connell likes to call his group a Sixtet. The transplanted Detroiter blows big on his impressive-as-hell Arrhythmia debut (Outside In Music), where he achieves a stunning synthesis of swing, groove, post-bop, fusion, balladry and prog-jazz. The eight tracks keep surprising with their dexterity, chops and personality-plus.

Maybe it's his Masters Degree. Maybe it's his inherent feel for his jazz predecessors like JJ Johnson (whose "Lament" opens this party) and pianist Cedar Walton (whose "Bolivia" is the highlight), but O'Connell leaves a lasting impression on Arrhythmia, named after the supraventricular tachycardia from which he's suffered his whole life. In fact, the title track features the bass as a heartbeat, including an unaccompanied walking bass solo.

The other highlight has to be a most mellifluous rendition of the old weeper "In The Wee Small Hours" only instead of Sinatra's voice conveying the loneliness of the hour, that melody shines through beautifully 'bone-style.

The rest of the CD is comprised of his originals and there's a definite spark on pieces like swingfest "(Millie) In June" (named after his dog), "Crayons" (the most progressive of the lot, its oddball changes originally written with, yes, a crayon), "Solidarity" (a total groooove) and the 8:01 "Gray Matter" (where the band shines on a byzantine labyrinthine puzzle of a track that just makes one want to hear it over and over again to hear something new with each repeated listen. That, right there, is the mark of a great track.

Rob Reddy Considers 'Bechet: Our Contemporary' on His Own Reddy Records Release [REVIEW]