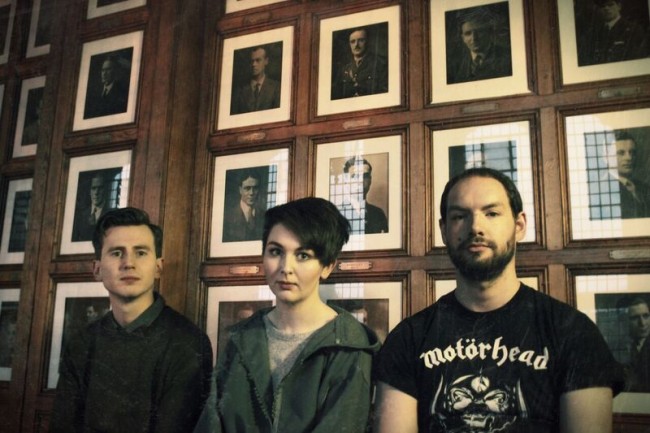 This is some rare noise, indeed! The oddly-named Free Nelson MandoomJazz trio is a punk-jazz-metal alternative from Edinburgh Scotland who have been totally freaking people out since their 2013 The Shape of DoomJazz To Come/Saxophone Giganticus double-EP and its full-length follow-up Awakening of a Capital in 2014. Saxophonist Rebecca Sneddon, bassist Colin Stewart and drummer/keyboardist Paul Archibald are musical anarchists. It's safe to assume you have never heard anything like The Organ Grinder.

They've added trumpeter Luc Klein and trombonist Patrick Darley for five of 11 tracks. Horace Silver must be rolling over in his grave after hearing their version of his "Calcutta Cutie." Influenced by such otherworldly entities as Sun Ra and his Intergalactic Arkestra, British doom band Electric Wizard, Black Sabbath and avant-garde saxophonist Albert Ayler, Free Nelson MandoomJazz makes their listeners feel uncomfortable on purpose. They want a tense edge to their endless musical profanities, the squawks, bleeps, blips, groans, honks and eruptions that seemingly appear out of thin air at the most inappropriate times. To that end, one must always be on one's toes and listen intently-with the volume all the way up-in order to get their conceptions of what could be conservatively be called anti-music.

You could get lost in "The Woods," an ethereal miasma of foggy proportions that is as eerie and mysterious as it is confounding, confusing and haunting. You could get burned digging "Inferno Part #1." The "Shapeshifter" that closes The Organ Grinder leaves little to the imagination as it heaves and thrusts its essence up your ear hole and down into your brain. "Always Go Left In The Maze" may sound like avuncular advice but maybe they're luring you into a trap. Syncopated surprises await.

Peggy Stern's 'Z Octet,' Estrella Prod.,Refuses to be Pigeonholed Into Any One Genre [REVIEW]