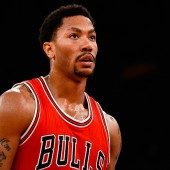 The Chicago Bulls will never be the same after the departure of Michael Jordan. However, athletes like Derrick Rose make that fact an easier pill to swallow. In recent news, Rose said that he feels he will be returning to play before the end of this season. However, a definite date has not been set in stone. Regardless of what Rose decides, it is virtually guaranteed that his fans will stand behind him. Apparently, the people of Chicago recently erected a shrine in Logan Square. Images, like "Pray for Rose" and a set of crutches, stand out the most. 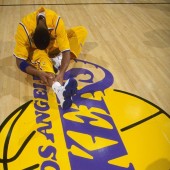 Whenever Farmers Field opened up in Los Angeles, the people of the city were excited at the possibility of NFL teams returning to the city. However, it has been announced that the stadium is now dead. This shouldn't be too surprising, since it was never tied to an official team. The project was doomed from the start. Also, the stadium's developer has denied any further discussions with the NFL or any teams about the subject. Instead, they are focusing on "alternative development."

Ndamukong Suh is one of the most beastly defensive tackles in the NFL. In recent news, Suh has officially opted to sign with the Miami Dolphins. Some have suggested that the millions the Florida team has offered him is too much. Others, on the other hand, have said that letting the brute go in the first place was a huge mistake. 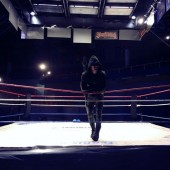 Ronda Rousey currently reigns supreme as one of mixed martial arts' most dangerous fighters. No, this isn't exclusive to her division...or even to her gender. She is simply one of the best. "Rowdy" recently proved that even the heavily-hyped Cat Zingano couldn't knock her off her throne. Now, analysts are looking left and right for the next worthy opponent. According to sources, retired women's boxing champ Laila Ali has made it clear that she thinks she could beat the tyrannical Rousey. Based on her flawless record and long list of achievements, it is easy to see Ali as a real threat.

The 5th ranked Los Angeles Clippers have a lot of notable players helping the franchise make its way toward the finals this year. First off, it is impossible to mention the Clippers without first thinking about Blake Griffin and Chris Paul. However, others, like "Big Baby" Davis, have made their impact on California basketball. In recent news, Davis was in Beverly Hills when he revealed that he and his wife are officially divorced, and he already has a hot supermodel around his arm. This, coupled with his on-the-court antics, have made it clear that the 6 ft. 9 in. brute isn't afraid to dance to his own beat.

Alex Rodriguez has evolved into just another drop in the bucket athlete who has been revealed to be a user of performance enhancing drugs. When it was first revealed that the heavy hitter was juicing, everyone felt betrayed. Now, as was reiterated by the famous Jerry Seinfeld, the whole A-Rod story just isn't "very interesting" anymore. Furthermore, Alex recently made his return to the field, and so far, his performance hasn't been anything special. 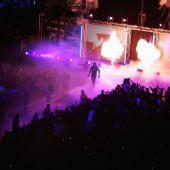 Some Love Bray Wyatt, While Others Feel He Oversteps >>

The Undertaker could be the most fabled wrestler to ever set foot in the ring. However, he has been a target for new faces after his loss to Brock Lesnar. In recent news, Wyatt called out the "Deadman," when he revealed a wooden casket and lit it on fire. It is clear that the up-and-comer isn't afraid of a challenge or making a definitive message. Some have joked about Bray's impact on the WWE and pointed out his resemblance to Ron Swanson from 'Parks and Recreation.' It is clear that fans are becoming more and more comfortable with the country man's presence. Yet, some have suggested his recent stunts are too extreme.

Contrary to public desire, Roman Reigns has evolved into one of the WWE's top contenders. It is now obvious that Roman will be facing off against Brock Lesnar at the biggest annual event in the sport of wrestling, WrestleMania. Most people believe that Daniel Bryan is the one who truly deserves that opportunity. All in all, it remains unclear who will come out on top. Some sources have suggested that Roman will take his story line all the way to the top. Others, however, assert that Reigns is destined to fail again -- just how he has in the eyes of fans. 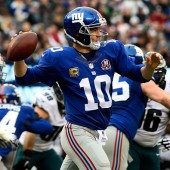 Eli Manning leads one of the most popular teams in the NFL. Over the years, he has led the Giants to multiple championships and received several personal awards. In recent news, however, the Giants have openly expressed their apprehension to extend the one-time great's contract. This is clearly a bombshell for the legendary quarterback, who stated just last year that he plans on representing the northern state for many years to come. 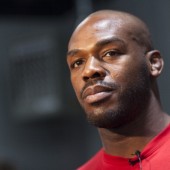 Jon Jones has climbed the ranks to become the UFC's most dominant and decorated fighter. His performances within the ring earned him the promotion's top pound-for-pound ranking. Also, he has knocked off a long list of respectable fighters, however, his upcoming bout with Anthony Johnson looks like it's going to be his toughest battle to date. Also, Bones was recently involved in a reputation-tarnishing cocaine scandal that has cost him $25K in punitive fines. So, one tends to wonder if Jones is too distracted to handle the pending fight of his life. 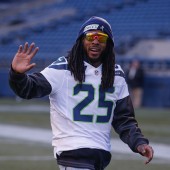 Richard Sherman Is More Than a Badass Cornerback >>

Richard Sherman has climbed the ranks to become one of the NFL's most notable players, and he hasn't been slowed down by the fact that he started out as somewhat of an unkown. In recent news, the Seahawks star hooked up a street violinist with some serious opportunities. Apparently, Sherman was so impressed, he put the performer on blast on social media, and the guy has been getting "huge business" as a result. It isn't a surprise that the two hit it off -- if anyone understands the importance of hard work and perfecting one's craft, it's Richard Sherman. 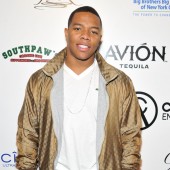 Rice Rice Is Itching to Get Back on the Field >>

The Ray Rice situation has turned into one of the biggest controversies of the modern football era. In recent news, Rice was spotted balling it up in a pick up football game at the park. This might be the only footballing Rice will be doing from now on. Reports say that Ray is hopeful he will get a second chance in the league, but, apparently, no teams have given him a second glance after he committed one of the worst cases of spousal abuse in recent history. 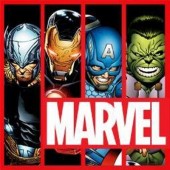 Star Lord and Captain America are More than Great Actors >>

Marvel Studios has been hitting it out of the park each year with its annual super hero movies. Fans cough up their hard earned cash regardless if it's The Avengers, Captain America or Guardian's of the Galaxy. In turn, these movie stars have elevated to the upper echelon of Hollywood A-list stardom. Chris Pratt and Chris Evans are no exception to the rule. In recent news, the duo held up to their bargains on a Super Bowl bet resulting in $27K for a Children's Hospital in Seattle. 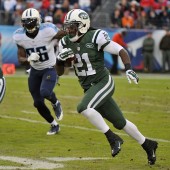 How Will New York Jets Chris Johnson's Career be Affected After Shooting? >>

Rising to the position of NFL running back is a prestigious accomplishment that few athletes in this nation get the privilege of claiming. Chris Johnson of the New York Jets is one of those select few. However, in recent news, Johnson was shot in a drive by in Orlando, FL. It's sad that a person of such great raw talent has suffered such a draw back in his career. More sad. though, is the fact that one of the passengers in the car, and presumably one of Johnson's friends, "died from his wounds."

Bill DeMott had a very respectable career in professional wrestling. In recent news, he has retired from the sport after controversial claims of bullying, abuse and homophobic harassment. At first, it was reported that the WWE wanted to see if the smoke would clear and let the storm blow over. In the end, however, it became clear that too many wrestlers would not stand for his continued employment.