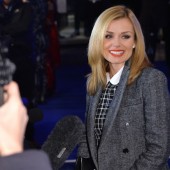 To commemorate the valiant efforts of her country's top-secret intelligence agency, Welsh "popera" singer Katherine Jenkins performed for the staff at GCHQ. The recital included "Habanera" from Carmen as well as "World in Union" for the 450-strong team. 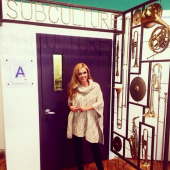 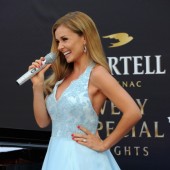 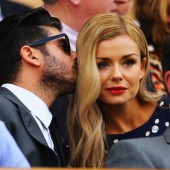 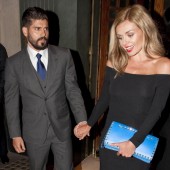 Opera superstar Katherine Jenkins has finally been made a real woman. In a posting on Daily Mail, Jenkins revealed that she is 'thrilled and surprised' after accepting the proposal from her beau, Andrew Levitas.

The U.K.'s New Year's Honors List has been announced. Apart from the fact that more women than men have been honored for the first time ever, it is notable for some worthy ladies and gentlemen of the arts. A good batch in the main, this year. 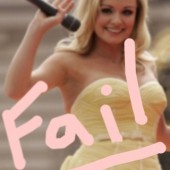 A Supposedly Fun Thing You Can Do Twice: The Katherine Jenkins Cruise >>

Join Oriana and the vocal talents of Katherine Jenkins for two new cruise breaks departing in October and November 2013. 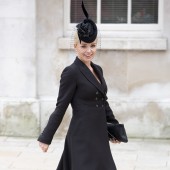 Responding to the latest development in this week's ongoing Jenkinsgate, Katherine Jenkins has taken to Twitter to defend herself--all the while receiving support from British royalty like Katie Price and Amy Childs.

Daily Mail columnist Jan Moir--who seems to have an ax to grind against popular musicians--has now attacked the blonde Welsh starlet for being too well-groomed at the 2013 London Marathon.

Katherine Jenkins, No Boyfriend, Amazing Finish at the 2013 London Marathon...Bring Me to Life! >>