Los Angeles socialite Ryan Heffington has become a popular name in the art world. From his 2013 collaboration with painter Nolan Hendrickson, entitled "KTCHN," to a position as choreographer for Sia's epic "Chandelier" video, Heffington also premiered, which was also announced via Twitter, his most recent project: a punk rock water ballet entitled "WADING GAMES." "WADING GAMES" is a new production that has been described as a "true 'danse macabre' that will fascinate, delight and call into question notions of morality and survival." And if you could not have guessed, yes, it takes place in the water. According to "The Huffington Post," the aesthetic experience was scored by musician Banks and includes songs specifically remixed for the performance, which were also accompanied by a video film projection entitled "The Element of Human Physical Communication." And if that does not seem strange enough, the 10-year-old piece took place, for one night only, in the pool of the Ritz Carlton South Beach Dec. 4. 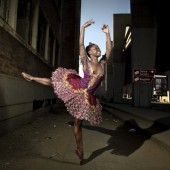 A new memoir takes flight, detailing the life of Michaela DePrince, showcasing her dramatic journey from a West Africa orphanage to becoming one of ballet's most meteoric stars. 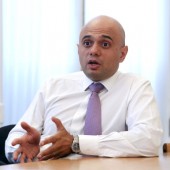 Well, that didn't take long! The new UK Culture Secretary hasn't even had the job for one week and already he's managed to alienate some notables in the arts world. 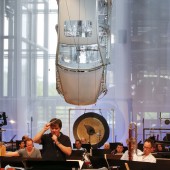 Yesterday, Buzzfeeder Andrew Massey's cute li'l listicle, "10 Conductors Caught Using Magic," went viral with the tagline: "What, you think perfectly orchestrated symphonies happen because of practice?" Well, as anyone who's read this site even once can certainly attest, the answer to Massey's admittedly tongue-in-cheek query is resounding.