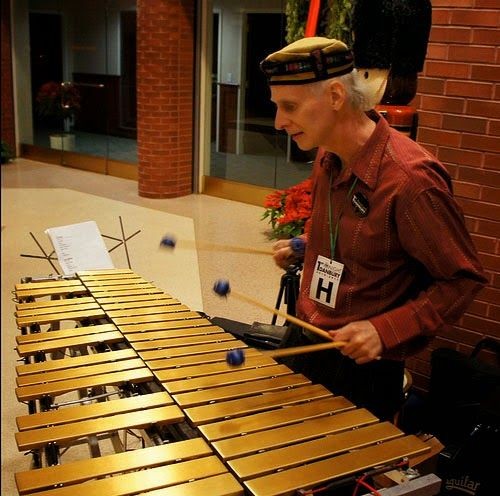 In a 40-year career, Californian Cal Tjader [1925-1982] was a leading proponent of Afro-Cuban jazz, so much so that during the 1960s, he became a superstar in Latin circles, hiring the best of the island musicians and daring to fuse Caribbean rhythms with bebop and swing. Blue Tjade (VOF Recordings), by the Mike Freeman ZonaVibe, is a Tjader tribute resurrecting the kind of exciting, pulsing, danceable action pioneered by Tjader that continues on today into tomorrow.

Tjader was and Freeman is wildly talented on the vibraphone. You'd think they had 16 mallets in each hand the way they effortlessly ring out those notes triple-time with nary a pause. Balladry is also key. There's no more mellifluous instrument than the vibes when played right.

The 10 original non-stop self-produced tracks feature a bevy of sophisticated rhythms, frenetic tempi, satisfying segues and "loverly" smoothness. From the opening "Cascade" and the demand to "Cool My Curry Down" to the "Dance of the Dead" and the closing "Low Rider," Freeman's quintet is awash in the kind of syncopated entertainment that will never grow stale.

Corniel spices up his congas with bongos, bells, shakers and all sorts of small esoteric percussion. Martinez is more than a drummer. He has a few shakers up his sleeve too as well as maracas and a guiro (an open-ended hollow gourd with parallel notches in one side played by the rubbing of a stick to produce a ratchet-like sound).

It all amounts to a tantalizing taste that makes one want to explore this kind of music-in all its glorious diversity-even further. Blue Tjade would be a great start or a worthy continuation.

How Re-Establishing Diplomatic Ties with Cuba Will Change the Arts