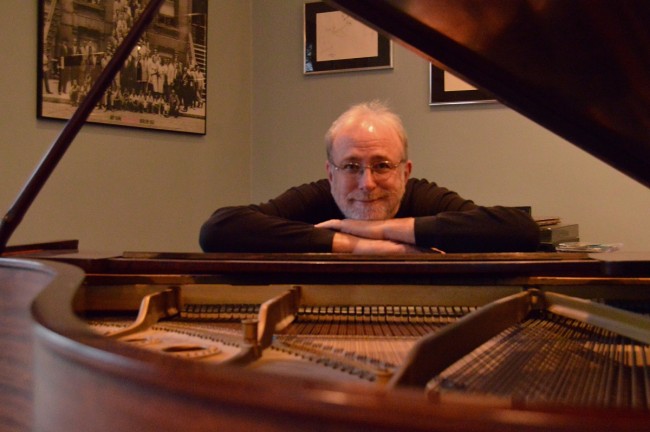 Pianist/Arranger Bill O'Connell learned his lessons well while in the respected bands of Cuban conguero Mongo Santamaria [1917-2003] and Puerto Rican flautist Dave Valentin after working early in his career for Sonny Rollins and Chet Baker [1929-1988]. He's a hard bebopper (as evidenced by the embedded video below) but his previous three Savant Records CDs explored jazz, salsa and samba in duo, trio and larger band contexts. Still, they have to be seen now as but a prelude to Heart Beat, a masterwork of percolating percussion and memorable melodic strains that add drama and more syncopation than you can shake a stick at on seven originals and two blistering covers.

Just dig that interpretation of Antonio Carlos Jobim's "Waters Of March" as the well-worn and beloved melody gets inundated with the kind of creativity and sophisticated nuance that brings it to a whole 'nother level. These boys sound hungry, with something to prove: trombonist Conrad Herwig, Steve Slagle on reeds, bassist Luques Curtis, drummer Richie Barshay, Latin percussionist Roman Diaz and vocalist Melvis Santa (on three of nine tracks) go wild. Their take on Wayne Shorter's "ESP," especially, makes this Miles Davis track sound positively rejuvenated.

If it's the musicians who make a band, then this aggregation is, indeed, All-Star. Herwig spent his formative years sliding that 'bone back and forth for Eddie Palmiere. O'Connell and he are Rutgers profs who bonded over their love of that Afro-Cuban clave. It shows. Yet they're not above some exotic mysticism on the trance-like spirituality of "Eyes Of A Child."

"Awani," in just over five minutes, traverses bebop-laced funk. "Tabasco" is hot, as it should be, hotter than when O'Connell recorded it originally 25 years ago with Valentin. The title tune is a percussion manifesto putting the taut skin of the conga through a series of slaps, hits and bangs worthy of Chano Pozo [1915-1948] in his Dizzy prime. More mysticism ensues on closer "Peace On Earth," written for Obatala, a Santeria deity.

Heart Beat is the real thing. O'Connell , 62, may be a native new Yorker, but he has an old Latin soul.