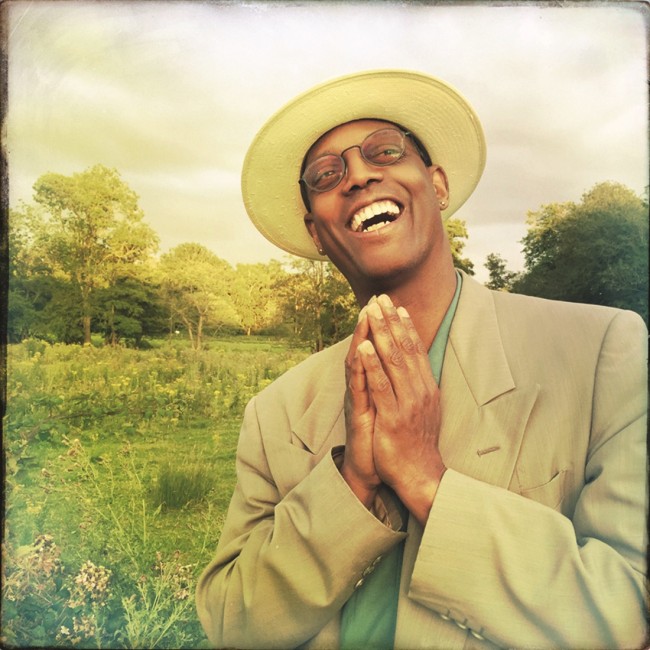 Eric Bibb is the happiest man in the world. (Photo : Patricia de Gorostarzu)

For his last CD, Lead Belly's Gold, Eric Bibb teamed up with famed French blues-harp man JJ Milteau in tribute to folk giant Lead Belly [1888-1949]. Its follow-up, The Happiest Man in the World (Stony Plain Records), has Bibb wandering off into the English countryside with British acoustic combo North Country Far and acclaimed double-bassist Danny Thompson. The result is one of the best CDs of 2016 so far.

With a voice that can break a heart at 100 yards, a way with a banjo (or guitar) that puts a smile on your face and the kind of compositional chops that has him writing songs headed straight for your heart, but that your mind can chew on, Bibb, 64, has morphed into that which he first emulated. No need to thwack you over the head with his brilliance. His is a subtle artistry -- he hardly raises his voice -- that doesn't so much grab on to your soul, but resides there, not leaving, until its presence alone is like the balm of sweet sunlight. Over the course of 36 albums, he's remained amazingly consistent.

It's akin to a back-porch affair with a family band on acoustic beauties like "I'll Farm For You" (not unlike the Springsteen sentiment of "Jack Of All Trades"), "Prison Of Time," "King Size Bed" and "Creole Café," all shining like gems, crystalline in their universal lyrical content as well as oh-so-soulful delivery, execution and instrumental prowess.

Almost as a gift for us Baby Boomers raised on The Kinks, Stones and Beatles, Bibb transforms "You Really Got Me" into a plea, turning it inside-out and upside-down. Ray Davies couldn't have known when he wrote it in 1964 that the song would be powerful enough to be covered by Van Halen in 1978, Metallica in 2010 and Eric Bibb (as an acoustic rural blues) in 2016.