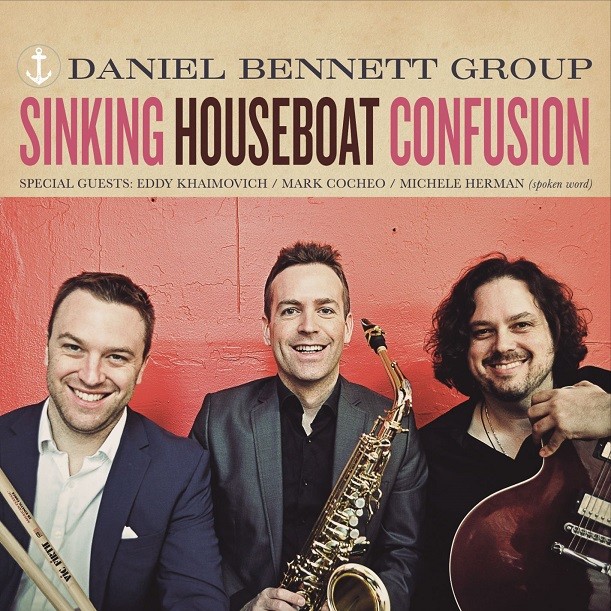 Asked to describe his music, Bennett tells Classicalite.com, "we carefully crafted this radical new sound: Surf-Rock + Avant-Pop + Modern Jazz. We've also been called a 'jazz, folk, trance' mix." Bennett's a refreshing voice on the scene. So are electric guitarist Nat Janoff (who could hold his own in any hard rock band), electric guest bassist Eddy Khaimovich (who flies under the radar as one of those bad-ass bass-as-lead Jaco-types) and drummer Matthew Feick (who has to be heard to be believed).

Add guest guitarist Mark Cocheo and poet Michele Herman (who recites her "Little Disappointments of Modern Life" poem) and you have the kind of hour that's worth it. So worth it, in fact, it bears repeated listenings and, upon such, more sweet ripe fruit to be discovered and ingested the third, fourth and fifth time around makes itself evident. You just cannot do it in one meal.

Every one of the 10 tracks is a highlight. "John Lizard Comes Home" starts off the joyride in spectacular fashion as Bennett solos madly on alto, saving his flute for "Andrew Variations." "Bobby Brick Sent Me" is an insinuating sax/drums duet but "Doctor Duck Builds a Patio" takes the cake! No attempts at defining its sound would suffice. By the time the poet delivers her spoken word epiphanies set to the tune of Bennett's free-wheeling sax, the listener is transported to a universe where genre is meaningless. "Animals Discussing Life Changes" and a reprise of the title tune done acoustically this time as a guitar/sax duet ends things on an ethereal note.

Daniel Bennett, when not leading this quartet, can be found in many a Broadway pit orchestra, and in the Portland Symphony Orchestra. His quirky style informs the proceedings with verve, surprise and a funky kind of rock aesthetic that, in a perfect world, would make him a star. He refuses to alter his music, though, for fleeting celebrity, probably knowing deep down in his soul that that's not the way to go.