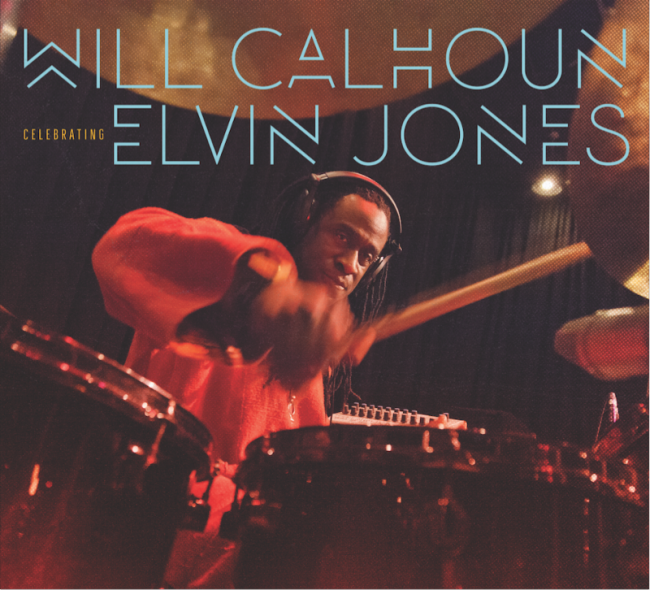 Let me reserve a spot on my 2016 Top 10 right now! Living Colour drummer Will Calhoun was always more than metal. From the time he snuck into The Village Vanguard at 14 to stand wide-eyed against the wall watching Elvin Jones to the release of his second Motema Music CD Celebrating Elvin Jones, Calhoun has been one of the most musical drummers around. And now he's got keyboardist Jan Hammer, superstar bassist Christian McBride, saxophonist Antoine Roney and pianist Carlos McKinney, all of whom have played with Mr. Jones [1927-2004].

Calhoun refuses to simply emulate his hero. He stretches -- far and long. And that's what makes this CD so great. Sengalese percussionist Doudou N'Diaye Rose [1930-2013] is heard on tape leading a group of African drummers for the 15:18 Japanese folk song "Doll of the Bride." Hammer reprises "Destiny" upon which he originally played piano on Elvin's 1975 On The Mountain. Calhoun wrote the mysterious "Sarmastah," going so far as to play 12-string acoustic guitar to accentuate the composition's quiet, contemplative nature.

Opener "EJ Blues" jumps into the fire quick. The tune used to serve as a concert must during the 1980s era of the Elvin Jones Jazz Machine. Calhoun then goes holy modal for "Whew" from Elvin's 1969 Poly-Currents. Elvin first recorded "Harmonique" on his 1984 Brother John Coltrane tribute, as well as "Mahjong" when he drummed for Wayne Shorter's 1964 JuJu. Elvin's wife Keiko wrote "Shinjitsu," first recorded for her husband's 1985 Live at Pit Inn.

As Calhoun writes in his own self-effacing liner notes, "I wasn't trying to nail Elvin's playing or sound. I love Elvin and all his contributions. He's inspired me in so many ways, even playing with Living Colour, so this piece, to me, is celebratory. It's a thank-you and a respectful homage to this wonderful musician."