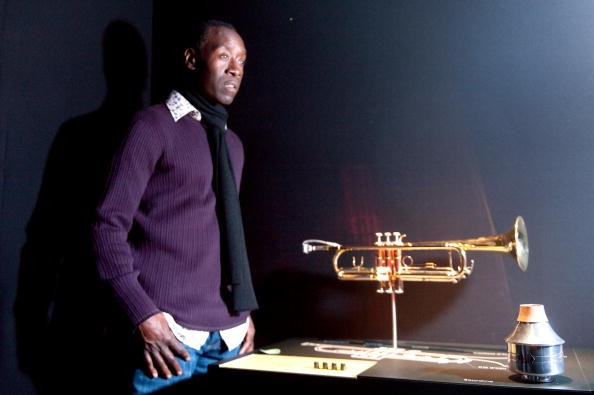 US actor Don Cheadle poses as he visits, on December 11, 2009 at the the Cité de la Musique in Paris, the 'We Want Miles' exhibition spanning American legendary trumpeter Miles Davis (1926-1991) lifetime from his childhood years in St. Louis, Missouri to a Paris concert shortly before his death. (Photo : Martin Bureau/Getty Images)

An untimely oversight for Sony Pictures Classics has surfaced. Sony, who recently acquired the rights to the Don Cheadle film Miles Ahead, labeled the iconic trumpeter Miles Davis as a "singer," making it seem as though the label has no idea who the archetype jazz trumpeter actually was.

The official press release has since been revised but it initially claimed Davis to be an "iconic singer," stating, "What Don Cheadle has done here with the spirit of Miles Davis is truly astounding. We are not only witnessing for the first time this part of Miles Davis' story as it deserves to be told, but also the birth of a major film director who happens to portray the iconic singer in a jaw dropping performance."

This gaffe shouldn't get jazzers down as Sony only recently acquired the rights and had no hand in Cheadle's pocket, who stars and makes a directorial debut with the film.  The glitch is likely only a publicity problem, rather than reflecting issues with the film.

Written by Steven Baigelman and Cheadle, the film should be an accurate telling of the musician and his tumultuous rise to stardom. Luckily, the writers and directors did their research, or at least opened a Wikipedia page, to prevent a similar error from Sony.

Cheadle remarked in the statement, "Miles was many things...a supreme artist and a national treasure but also an enigma to those around him, especially during his so-called quiet period. With the family's blessing and Miles' tenets on creativity as our guide, we used these cloistered years as a jumping off point to compose the story of a self-exiled artist creating his own 'centrifugal adventure' to spin himself back into playing music again. And now I'm delighted that we've found the perfect partners in Michael, Tom and the SPC team to take this journey with us."

The film got its footing via a crowd-funding campaign and also stars Ewan McGregor as a Rolling Stone reporter and Emayatzy Corinealdi as Davis' former wife, Frances.

For now, check out a mini-documentary about the films process below and keep checking in for a trailer set to come.