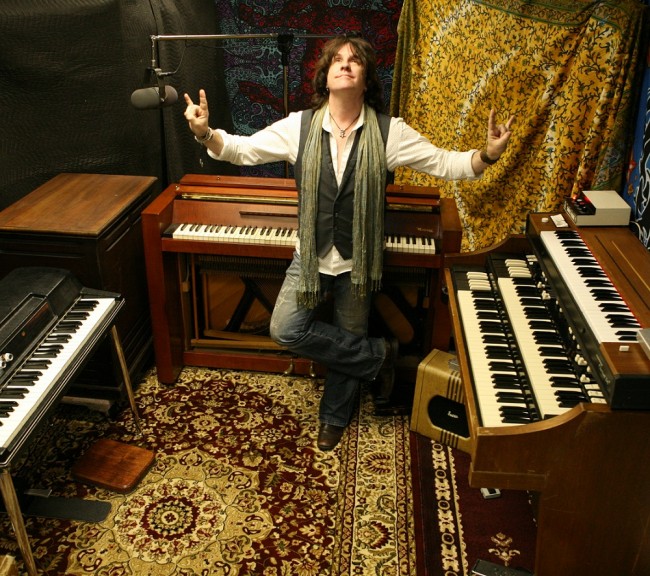 In the spiritual folk tradition known as hoodoo, a mojo is in a flannel bag (also known as a mojo hand) with gris-gris (or goofy dust) inside that, if you carry it with you, gives you certain magical powers over others. Ask Dr. John. He knows all about mojo. So did Muddy Waters who had his mojo working! Hollywood keyboardist singer/songwriter Bob Malone's Mojo Deluxe spreads the magic over 12 tracks.

Despite eight solo albums, Malone isn't about to quit his day job of being the keyboardist (for the last four years) in John Fogerty's band. He's taken Fogerty drummer Kenny Aronoff, as well as harmonicat Stan Behrens (War), bassist Tim Lefebvre (Tedeschi-Trucks Band), drummer Mike Baird (ex-Joe Cocker) and guitarist/producer Bob DeMarco to meld with him empathetically on his own compositions. He sings in a 2:00 a.m. closing-time bar-room voice ravaged by decades of cigarette smoke and whiskey (that's a compliment). His scintillating electric Wurlitzer, Hammond B-3, acoustic upright piano, clavinet, accordion and stomp box (a small percussion instrument he plays with his foot, similar to an extra bass drum but not quite) creates a truly rock and rolling idiosyncratic blues of personal proportions. Yeah, in other words, his mojo is, indeed, deluxe.

The two covers are "Hard Times" (Ray Charles) and "She Moves Me" (Muddy Waters). The originals are taken from a lifetime of developing a crust that oftentimes folks just can't understand ("Certain Distance" and "I'm Not Fine.") He's been to "Paris" and once when opening for Freddy Fender in Vegas, he found himself with no money, no gas and "only a half-pint of cheap whiskey in the glovebox of my piece-of-sh*t Dodge van." However, he did find a crumpled-up dollar bill in the back pocket of his jeans so he put it in a slot machine and won $200. It would be the only spiritual experience he ever had and 25 years later, he wrote a song about it. "Watching Over Me" is a highlight as is "Can't Get There From Here," about trying to undo the damage done "in the first half of my life." Then there's "Chinese Algebra," a piece written purposely disjointedly to show off his piano gymnastics but specifically so that bad musicians will stop asking him if they could jam.