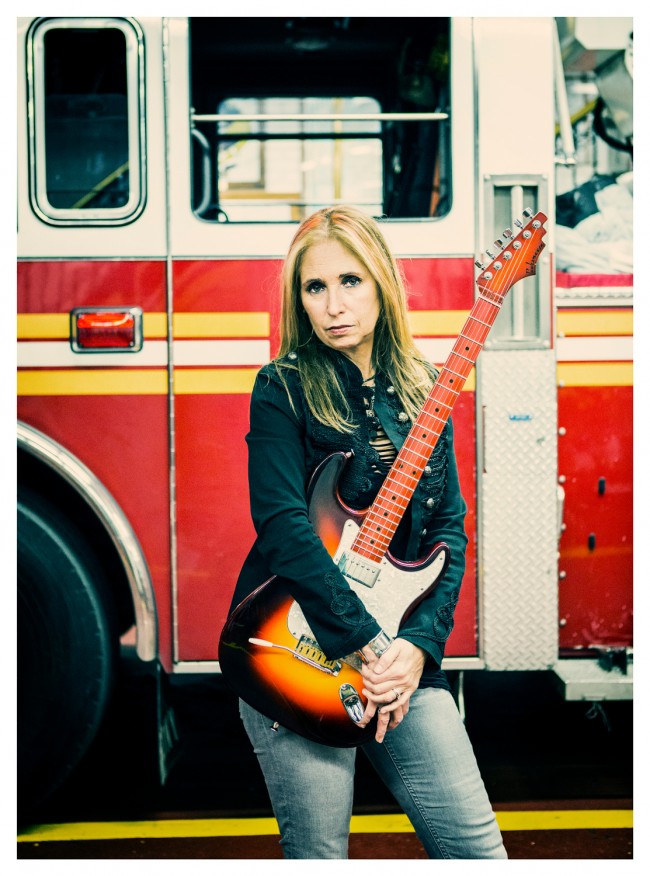 Jane Getter has a Premonition that will blow you away. (Photo : courtesy Madfish)

Is it jazz? Is it prog-rock? Is it fusion? The great thing about the Jane Getter Premonition's On (Madfish) is that yes, it's all of the aforementioned...and more. In fact, I dare say that On is one of the most adventurous, complex, loveable, entertaining and profound pieces of music (for music's sake) I have had the pleasure of listening to all year. This release goes immediately into my lifetime collection of CDs (#1,241) to be heard annually (but that's an essay for another time).

Suffice it to say that Getter, a guitarist of major repute, has surrounded herself with the kind of band that can play anything and everything. Keyboardist Adam Holzman played with Miles Davis, bassist Bryan Beller with Joe Satriani and drummer Chad Wackerman with Frank Zappa. As if that isn't enough, there's guest vocalist Corey Glover from Living Colour, guitarist Alex Skonick from Ozzy Osbourne and thrash metal band Testament plus Theo Travis from Robert Fripp's band on flute, sax and clarinet.

As for Getter herself, she made her bones first playing in the touring band of organist Brother Jack McDuff. After winning an ASCAP Gershwin Award for composition, Jane (1998), See Jane Run (2006) and Three (2012) cemented her rep while she tore it up in the Saturday Night Live house band.

Now she's On for an hour that will delight, mystify and rattle the walls with the kind of arrangements usually reserved for bands like early Genesis, latter-day Jack Bruce, Gentle Giant or King Crimson. The accent here is on meandering charts that spill their seed all over the mix to the point where the vocals are decidedly secondary.

With the kind of perfect segues that demand a sit-down for all eight creations, On is more like a suite unto itself that should not be broken down in this age of cherry-picking certain tracks. Swallow it whole.