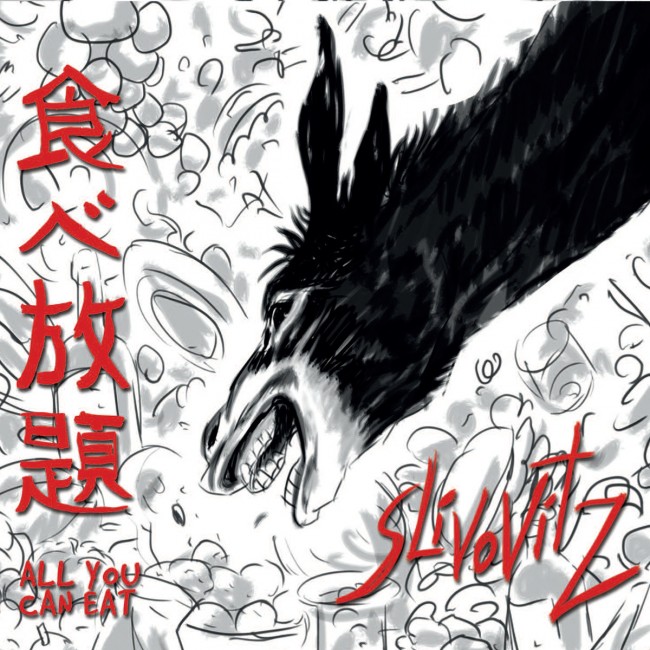 'All You Can Eat" by Slivovitz (Photo : courtesy MoonJune Records)

For those who like their meals overflowing with flavor, spices, sumptuous mounds of mashed and smashed morsels all congealing to create a scientific gumbo of taste like never before, this Italian septet from Naples called Slivovitz must have gorged itself on Frank Zappa records before recording All You Can Eat (MoonJune Records).

To call them a progressive gypsy mélange of free-form exotica is only hinting at their greatness. Jazz-rock fusion is much too mundane an appellation for these musical weirdos. Props to producer Fabrizio Piccolo for pulling it all together to create, if not a seamless whole, at least a holy seam of interacting parts, the confluence of which meets in the middle for a rock 'em sock 'em carnival.

There's no telling if "Oblio" is in honor of Harry Nilsson's protagonist of his animated movie, The Point. It could be, though, as the heroic cartoon Oblio proves his point that he belongs, and the closing track "Oblio" proves the trip through these eight shockers was worth the ride, and, thus, belongs in our post-Zappa world.

Sax man Petro Santangelo, guitarist Marcello Giannini, violinist Riccardo Villari, trumpeter Ciro Riccardi, harmonica man Derek Di Perri, bassist Vincenzo Lamagna and drummer Salvatore Rainone may get in each other's way at times but that's half the fun of listening to one try and bust out as if yelling "GANGWAY" before knocking a bandmate to the side, getting in a few licks, and then being knocked silly by another bandmate. It's an action-adventure for the whole family.

Maybe they like to play "Yahtzee." Or had a wild "Persian Night." Or experienced an intense "Hangover." Who knows where "Currywurst," "Mani In Faccia," "Passannante" or "Barotrauma" came from? It matters not. All that matters is that Slivovitz proves one can look outside the U.S. these days and still find some of the most courageous music in the world today.