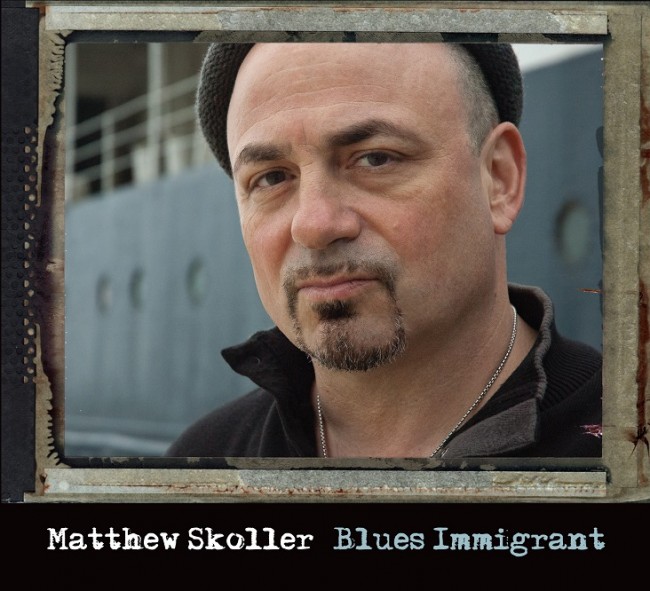 Matthew Skoller plays for the 'Blues Immgrant' in all of us. (Photo : courtesy Tongue'N Groove Records)

Singer/songwriter/harmonica man/producer Matthew Skoller left his native New York in 1987 for the blues-drenched history of Chicago and he's been there ever since, soaking it all up, and spewing it back out in his own inimitable style. He considers himself a Blues Immigrant (Tongue'N Groove Records) and on this, his fifth CD, in which he wrote 9 of 11, he states his case.

I could drink a case of this guy. After apprenticing with Jimmy Rogers [1924-1997], Skoller played with Big Daddy Kinsey and the Kinsey Report as well as Big Time Sarah and the BTS Express. His wealth of knowledge about-and passion for-the singular essence of urban electric Chicago Blues, has made him into an Illinois hero and here, he's got the cream of the Midwestern crop behind him.

Sonny Boy Williamson wrote the topical "Welfare Store Blues" in 1941. No stranger to topicality, Skoller not only has rewritten it into "Big Box Store Blues," but continues the thread of newsworthy material on such protest songs as "Story of Greed" (capitalism run amok), "Only In The Blues" (a condemnation of the music industry when it comes to his beloved genre-of-choice) and the title track where he intones, "I need a green card to play the blues." The closely entwined relationship between blues and gospel is brought to the fore on "The Devil Ain't Got No Music."

Considering Skoller is a hell of a singer and his blues bona fides are so profound, this has to be considered as one of the finest examples of current Chicago out there.