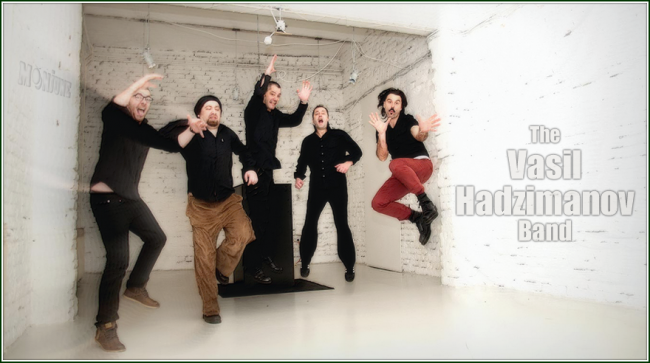 The band itself--with keyboards, guitar, bass, percussion, chant-vocals and drums--is heady enough, but when you add alto sax man Binney, becomes a steamroller of gargantuan proportions. This eight-track tour document crisscrossing Serbia (in southeast Europe bordering Hungary) shows this band at the height of their powers, spurred on to even greater heights by Binney's presence.

Starting off with an 11:23 jam on Vasil's "Nocturnal Joy," the sound is so spectacular, with vestiges of progressive rock, world music, ethno-fusion and, yes, jazz, that one is reminded of the technical virtuosity of today's live recordings. It SOUNDS as good as a studio recording and one certainly couldn't say that even five years ago. Technology has caught up to the music itself. You don't have to be afraid of losing clarity anymore on live recordings.

"Zulu" (10:25) is mysterious and funky. The closing "Otkrice Snova" (12:33) is an all-points bulletin that this band has finally arrived internationally. This show-stopping kick-out-the-jams moment portends great things so kudos for New York City's MoonJune Records for bringing Vasil around the globe, so to speak, so adventurous ears can lap this stuff up.

Binney gives an already tight unit the right kind of foil to play off of. He's incessantly provocative. The pairing of this band with this saxophonist is a match made in prog-rock heaven. Don't let the vocals scare you off. They're but a thin line hovering above a mix of ragged-but-right wildness.