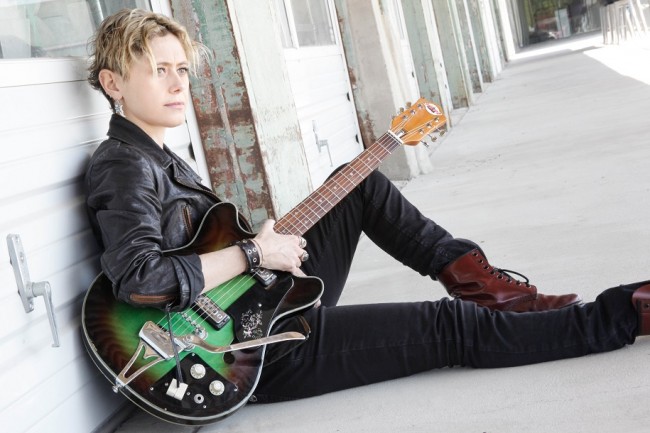 Moonbeam Parade (Ugly Cat Music) is singer/songwriter/producer/multi-instrumentalist Giulia Millanta's fifth and best CD. Born and raised in Italy, she's made Texas her home since 2012. She wrote or co-wrote all 13 songs and has the cream of the studio crop-from the bands of Bob Dylan, Dixie Chicks, Willie Nelson, Robert Palmer and Patty Griffin-to help her execute her profound lyrics, sung in a kind of bird-with a-broken-wing appeal. You just want to take her home and care for her.

Recorded live with very few overdubs, she plays electric guitar for the first time on CD, leaving her trusty ukulele home. She sings in four languages and this reporter has previously written of her as being "deeply evocative with a dash of Piaf, a sprinkle of Lady Day, a pinch of Norah Jones and a teaspoon of Madeleine Peyroux."

On "There's a Bridge," she writes, "...it's still there between your life and all the things you never dare..." "Silvery Gown" could be construed as its answer song as it's a metaphor for getting those things you so desperately want. "Eve's Song" stands up for her gender going all the way back to the first two humans on Earth. "4th & Vodka" is about faults we all share.

Those in the Austin area might even be able to dine with this superstar-in-waiting as she's created something called "Dinner With Giulia" where she'll come to your house and cook an Italian dinner for your family before serenading you in song. 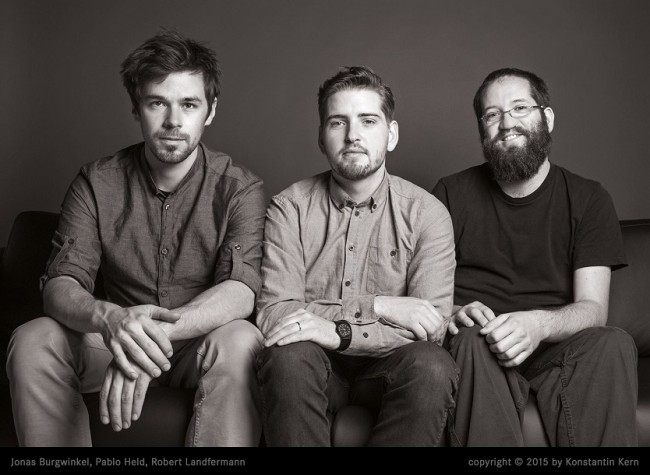 Germany's Pablo Held Trio continues its top-notch studio streak with the release of the mysterious Lineage (Pirouet Records). It's a gorgeous minor-key classic held together by the leader's mellifluous piano and the empathetic support given him by bassist Robert Landfermann and drummer Jonas Burgwinkel. "Bernstein Fantasie" honors conductor/composer Leonard to achieve a stunning classical/jazz synthesis. "Song Noir" is the jazz equivalent of film noir. Eight tracks in 45:34 means no filler, no fat, all lean and muscled...and highly recommended. 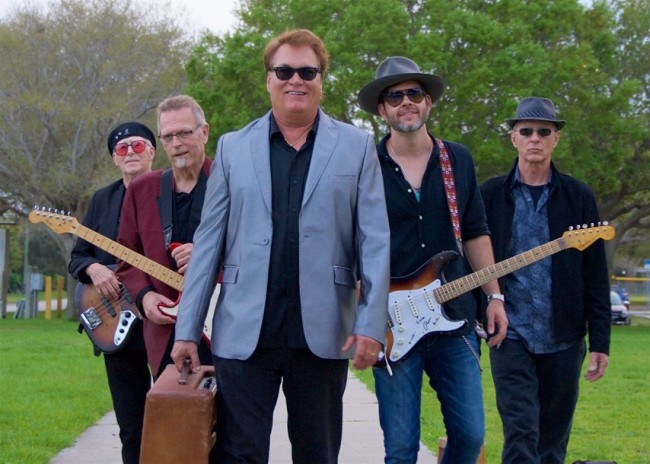 Also heartily recommended is Way Back Home (Harpo Records) by the Backtrack Blues Band. They cover Sonny Boy Williamson's "Your Funeral My Trial" with the rampaging electric guitar soloing of Kid Royal (they may be from Florida, but the Kid's hero chops are straight out of Texas). Singer/Songwriter Sonny Charles blows a bad-ass blues-harp. He's the same dude who started the nationally known Tampa Bay Blues Festival, now in its 11th year. His songs-especially "Tell Your Daddy," "Shoot My Rooster" and "Heavy Built Woman"-are funky and funny. They even do Irish rock band Thin Lizzy's "Baby Please Don't Go" (not to be confused with the 1935 Big Joe Williams blues song). 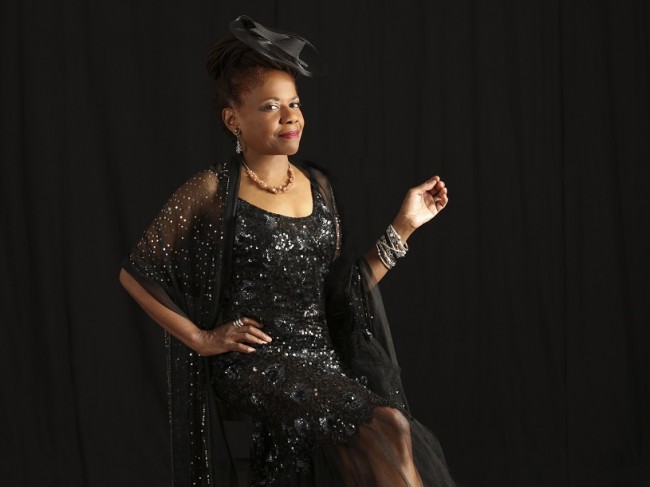 Hey we may not have Ella, Sarah, Dinah, Bessie or Billie any more but we damn sure got Catherine. Harlem On My Mind (Jazz Village Records), by Catherine Russell, makes up for the lack of such legends, for it is here where she resurrects the songs of those who came before her and who played The Apollo Theater on 125th Street in Harlem. So we get to thrill to the Irving Berlin title song and the more outrageous of the double-entendre ditties like "You've Got The Right Key But The Wrong Keyhole," originally recorded by Virginia Liston [1890-1932] in 1926. (Liston, the long-forgotten Vaudeville star, also recorded the classic "You Can Dip Your Bread In My Gravy But You Can't Have None Of My Chops.") Russell is simply divine on "Blue Turning Grey Over You" by Fats Waller [1904-1943] and Benny Carter's "When Lights Are Low." This gal will win you over. There aren't too many folks working in this long-beloved idiom anymore so I hope she marches on in similar style for years to come. 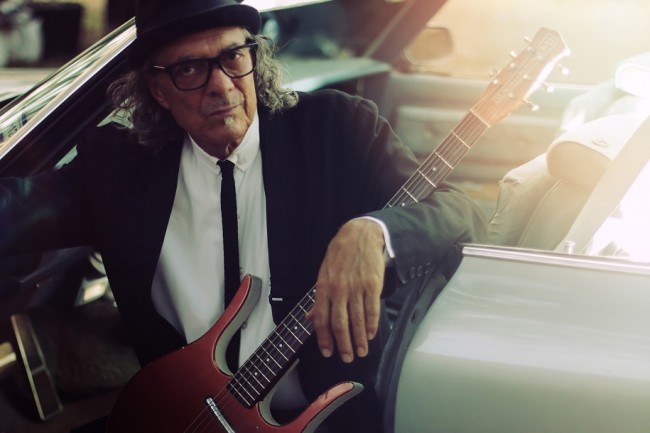 Must be something in the Austin water. Music just seems to seep up through the pipes and the air. Johnny Nicholas knows this. Maybe that's why he named his terrific new CD Fresh Air. His is a brand of Americana that eschews commercial country trappings for the real thing: a roots based rock'n'roll electric blues aesthetic that hits all the right notes involving the listener in his stories and melodies. His 13 songs hit all the right bases from Mississippi delta blues and electric Chicago blues to Louisiana Cajun romps. He combines that with his ideosyncratic bubbling blues vocals, blistering blues-harp and six-stringed prowess. Those like myself who first thrilled to "Back Door Man" as sung by Jim Morrison in The Doors will love his roots-reverent interpretation of the original by Howlin' Wolf. Plus, even old Sleepy John Estes [1899-1977] would love Johnny's cover of his "Kid Man Blues." As lead singer for Asleep At The Wheel back in the day, the Rhode Island native honed his vocal chops on swing. Much like fellow Greek American Johnny Otis [1921-2012], who everyone thought was black, he's totally immersed himself in black culture and the blues. Props also for stepping away from the fray in 1980 to raise a family. Three sons later, he's back with an attack that should leave you (as Jerry Lee Lewis likes to say), uh, breathless, baby. 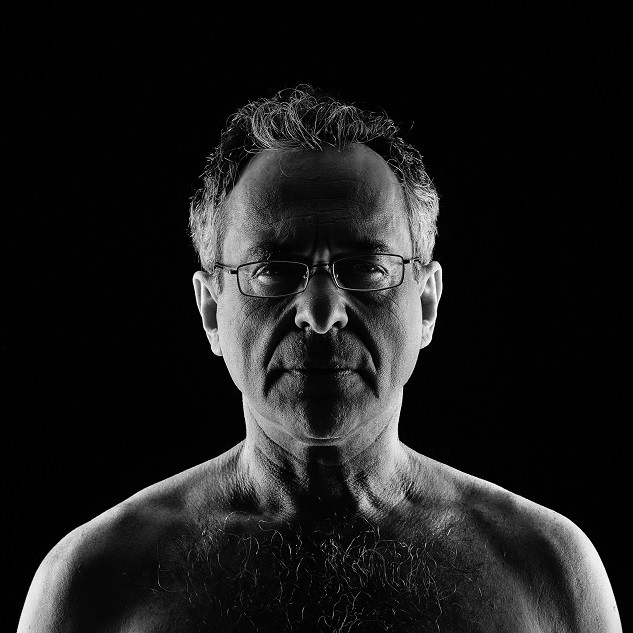 (Photo : Michael David Adams)
The man they call Ivo paints, draws and blows the most outrageous sax you'll ever want to hear.

The Soul of Ivo Perelman is different than most. A visual artist whose drawings and paintings draw the big bucks at art galleries around the world, Ivo also inhabits his tenor sax as an extension of his own breath. When this transplanted Brazilian (now making his home in New York City) enters the recording studio, it's with no songs, no charts, no arrangements, no clear idea of what will spontaneously erupt from not only his sax, but--in this case--from the bass of Michael Bisio, the drums of Walt Dickey and the piano of Matthew Shipp. Extemporarily composed freedom could be laden with pitfalls if not with the right musicians. The nine tracks in a compact 56:15 circle and swoop low before flying up and out of the stratosphere. It's all very "Metaphysical," as the opener attests, before the listener is "Crossing" into "Fragments" on a "Landscape" of pure "Joy," despite it being deep within "The Unknown." Taken as the second part of a previous piano/sax duet CD released on the same day called Corpo, Ivo is fond of releasing multiple projects simultaneously. To that end, three other CDs-Blue, The Hitchhiker and Breaking Point-were also released that day earlier this year (May 20). I think it's fair to say there's no other jazz man working today in the same realm. On Soul, he's John Coltrane crossed with such 12-tone avant-garde composers as Arnold Schoenberg [1874-1951], Alban Berg [1885-1935] and Anton Webern [1883-1945].