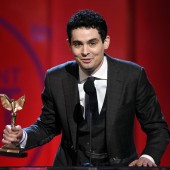 It's been announced that Damien Chazelle's next film, entitled "La La Land" and starring Emma Stone and Ryan Gosling, will be pushed back from its original release date in July. Now, the movie is expected open in theaters later this year on December 16. 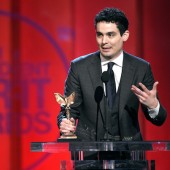 In his sophomore film, Whiplash's Damien Chazelle brings the story out of the conservatory to the Los Angeles oasis. Starring Emma Stone and Ryan Gosling, the new moviw, "La La Land," is set to arrive in theatres of July 15. 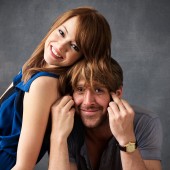 While it was previously thought that Damien Chazelle's 'La La Land' would star young actors Miles Teller and Emma Watson, Deadline is reporting that those two have been replaced by the steamy team of Ryan Gosling and Emma Stone. Director Chazelle was thought to be bringing back actor Teller, who chronicled the trials of a talented drummer against the backdrop of the jazz world in Chazelle's Oscar-nominated pic, 'Whiplash.' But now, it's being reported that the 'Crazy, Stupid, Love' costars Ryan Gosling and Emma Stone will once again be reunited for Chazelle's musical. No deal has been finalized for either Gosling or Stone, but reportedly, all sides are working to make this happen. The plan is to go to cameras before the fall with two other of the industry's top actors. According to Indiewire, ;La La Land; is being sold as a cross between 'The Graduate' and 'Boogie Nights' (with music, obviously).